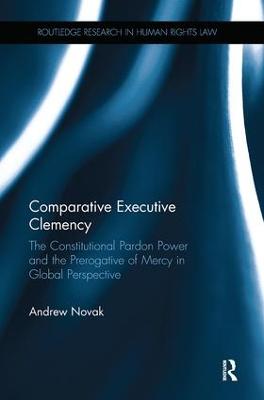 Virtually every constitutional order in the common law world contains a provision for executive clemency or pardon in criminal cases. This facility for legal mercy is not limited to a single place in modern legal systems, but is instead realized through various practices such as a law enforcement officer's decision to arrest, a prosecutor's decision to prosecute, and a judge's decision to convict and sentence. Doubts about legal mercy in any form as unfair, unguided, or arbitrary are as ubiquitous as the exercise of mercy itself.

As a work concerned with the practice of mercy in the common law world, this book will be of great interest to researchers and students of international and comparative criminal justice and international human rights law. 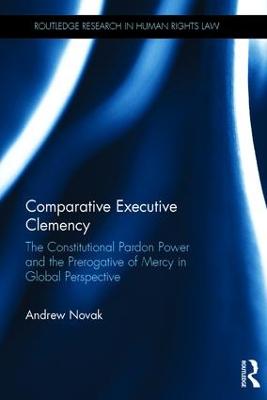 » Have you read this book? We'd like to know what you think about it - write a review about Comparative Executive Clemency book by Andrew Novak and you'll earn 50c in Boomerang Bucks loyalty dollars (you must be a Boomerang Books Account Holder - it's free to sign up and there are great benefits!)

Andrew Novak is Adjunct Professor of Criminology, Law, and Society at George Mason University, where he teaches Law and Justice Around the World. He has previously taught African law at American University Washington College of Law. He has written extensively on comparative and international criminal justice issues, including three books: The Global Decline of the Mandatory Death Penalty: Constitutional Jurisprudence and Legislative Reform in Africa, Asia, and the Caribbean; The Death Penalty in Africa: Foundations and Future Prospects; and The International Criminal Court: An Introduction.

The Global Decline of the Mandatory Death Penalty: Constitutional Jurisprudence and Legislative Reform in Africa, Asia, and the Caribbean
No Stock on Hand, Supplier Has No Due Date for Supply.
$85.49 $94.99