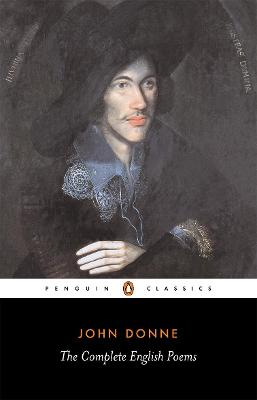 No poet has been more wilfully contradictory than John Donne, whose works forge unforgettable connections between extremes of passion and mental energy. From satire to tender elegy, from sacred devotion to lust, he conveys an astonishing range of emotions and poetic moods. Constant in his work, however, is an intensity of feeling and expression and complexity of argument that is as evident in religious meditations such as 'Good Friday 1613. Riding Westward' as it is in secular love poems such as 'The Sun Rising' or 'The Flea'. 'The intricacy and subtlety of his imagination are the length and depth of the furrow made by his passion,' wrote Yeats, pinpointing the unique genius of a poet who combined ardour and intellect in equal measure.

Other Editions - The Complete English Poems by John Donne 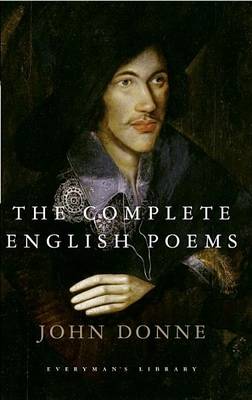 » Have you read this book? We'd like to know what you think about it - write a review about Complete English Poems book by John Donne and you'll earn 50c in Boomerang Bucks loyalty dollars (you must be a Boomerang Books Account Holder - it's free to sign up and there are great benefits!)

John Donne was born into a Catholic family in 1572. After a conventional education at Hart Hall, Oxford and Lincoln's Inn, he took part in the Earl of Essex's expedition to the Azores in 1597. He secretly married Anne More in December 1601 and was imprisoned by her father, Sir George, in the Fleet two months later. He was ordained priest in January 1615 and took a Doctorate of Divinity at Cambridge the same year. He was made Dean of St Paul's in London in 1621, a position he held until his death in 1631. He is famous for the sermons he preached in his later years, as well as for his poems. A.J. Smith was Professor Emeritus of the University of Southampton. His book include Literary Love (1983) and Metaphysical Wit (1992). He died in Salisbury in 1991.

A Preview for this title is currently not available.
More Books By John Donne
View All

10 Sermons Preached by That Late Learned and Rev. Divine John Donne, Doctor in Divinity, Once Dean of the Cathedral Church of Saint Paul's. Chosen from the Whole Body of Donne's Sermons by Geoffrey Keynes
$88.06 $97.84

Devotions Vpon Emergent Occasions, and Seuerall Steps in My Sicknes: Digested Into I. Meditations Upon Our Humane Condition. 2. Expostuvlations, and Debatements with God. 3. Prayers, Upon the Seuerall Occasions, to Him
$121.11 $134.57

An Anatomy of the World: Wherein, by Occasion of the Untimely Death of Mistris Elizabeth Drury, the Frailty and the Decay of the Whole World Is Represented
$72.62 $80.69

Poems on Several Occasions. Written by the Reverend John Donne, ... with Elegies on the Author's Death. to This Edition Is Added, Some Account of the Life of the Author.
$76.59 $85.10