Volume 25 of The Complete Peanuts presents the very final year of the defining comic strip of the 20th century, which ran for nearly 18,000 strips and for 50 years after its debut in 1950. This masterpiece includes all of 1999 through to the final strip on 13 February 2000. In this volume, Rerun takes centre stage and cements himself as the last great Peanuts character - when he embarks on a career as an underground comic book artist! This volume also features a huge surprise: the complete Li'l Folks, the weekly one-panel comic that Charles Schulz produced for his hometown paper. Li'l Folks was a clear precursor to Peanuts, and its inclusion here will bring The Complete Peanuts full circle. 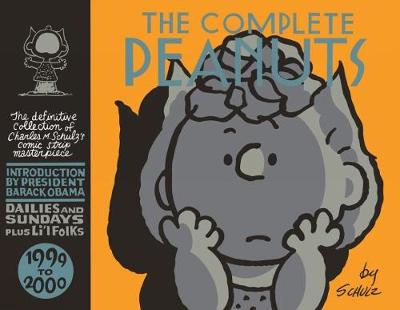 » Have you read this book? We'd like to know what you think about it - write a review about Complete Peanuts 1999-2000 book by Charles M. Schulz and you'll earn 50c in Boomerang Bucks loyalty dollars (you must be a Boomerang Books Account Holder - it's free to sign up and there are great benefits!)

Charles M. Schulz was born in Minneapolis, Minnesota in 1922 and grew up in Saint Paul. He gained a reputation worldwide as a cartoonist for his work on Peanuts. He died in 2000.

A Preview for this title is currently not available.
More Books By Charles M. Schulz
View All