The legions of Rome were among the greatest fighting forces in history. For almost half a millennium they secured the known world under the power of the Caesars. This pioneering account gathers together the stories of each and every imperial legion, telling the tales of their triumphs and defeats as they policed the empire and enlarged its borders.

Focusing on the legions as the core of the Roman army, and chronicling their individual histories in detail, the book builds on the thematic account of the Roman military force given by its companion The Complete Roman Army, and is vital reading. 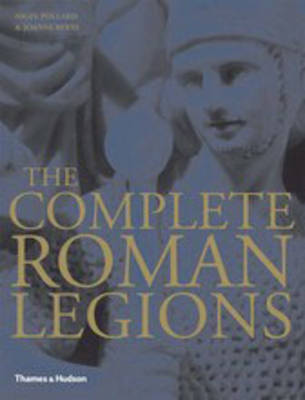 » Have you read this book? We'd like to know what you think about it - write a review about Complete Roman Legion book by Nigel Pollard and you'll earn 50c in Boomerang Bucks loyalty dollars (you must be a Boomerang Books Account Holder - it's free to sign up and there are great benefits!)


A Preview for this title is currently not available.
More Books By Nigel Pollard
View All