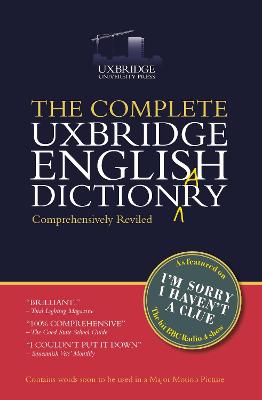 I'm Sorry I Haven't a Clue

Do words fail you? Never again, once you've become the proud owner of The Complete Uxbridge English Dictionary.

Every word has a meaning, but over the years those meanings change. Dip into these helpfully illustrated pages and you'll find many of the words you use every day without ever realising that their up-to-date definition is something entirely different.

Thanks to The Complete Uxbridge English Dictionary you can now use familiar, everyday words in total confidence, fully appraised of their latest meanings. Happy wording!

Other Editions - The Complete Uxbridge English Dictionary by Graeme Garden 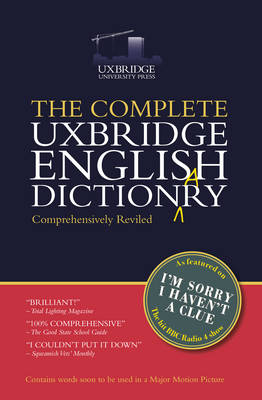 » Have you read this book? We'd like to know what you think about it - write a review about Complete Uxbridge English Dictionary book by Graeme Garden and you'll earn 50c in Boomerang Bucks loyalty dollars (you must be a Boomerang Books Account Holder - it's free to sign up and there are great benefits!)

Graeme Garden (Author) Graeme Garden is one third of the Goodies. He is a comedy legend. Tim Brooke-Taylor (Author) Tim was born in Buxton, Derbyshire, and studied at various schools in Buxton and Winchester before beginning an Economics and Law degree course at Cambridge University. In 1963, he became President of Footlights, the revue club in which he wrote and performed with Bill Oddie, Graeme Garden, John Cleese, Graham Chapman, Eric Idle, Jonathan Lynn and others. He toured extensively with the revue, Cambridge Circus, before moving into television. Tim on Telly Tim's television credits include On The Braden Beat, The Frost Programme (as editor), At Last the 1948 Show, Me and My Girl and, of course, The Goodies. From stage to page Tim has also enjoyed considerable success on the stage and has written three books, Rule Britannia, Tim Brooke-Taylor's Cricket Box and Tim Brooke-Taylor's Golf Bag, as well as contributing to The Little Book of Mornington Crescent and The Almost Totally Complete I'm Sorry I Haven't A Clue. Barry Cryer (Author) In 1958 Barry Cryer had a Number 1 hit record in Finland with the song 'Purple People Eater' by Sheb Wooley. Over his 50-year career he has written for, among many, Morecambe and Wise, Bruce Forsyth, Tommy Cooper, Frankie Howerd, Bob Hope and Richard Pryor. He is a comedy legend. Jon Naismith (Author) Jon Naismith has produced on Radio- Week Ending, The Skivers, The News Quiz, QuoteaUnquote, Elastic Planet, For One Horrible Moment, And I'm the Queen of Sheba, The Labour Exchange, Do Go On and About A Dog all for BBC Radio 4, as well

A Preview for this title is currently not available.
More Books By Graeme Garden
View All