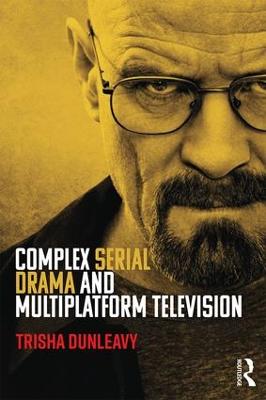 This book examines the creative strategies, narrative characteristics, industrial practices and stylistic tendencies of complex serial drama. Exemplified by shows like HBO's The Sopranos, AMC's Mad Men and Breaking Bad, Showtime's Dexter, and Netflix's Stranger Things, complex serials are distinguished by their conceptual originality, narrative complexity, transgressive lead characters and serial allure. As a drama form that continues to expand and diversify in today's television, HBO's Boardwalk Empire and Game of Thrones, Netflix's Orange Is the New Black and Hulu's The Handmaid's Tale provide further examples. Dunleavy investigates the strategies that underpin the innovations, influence and success of complex serial drama, giving students and scholars a nuanced understanding of this contemporary TV form. 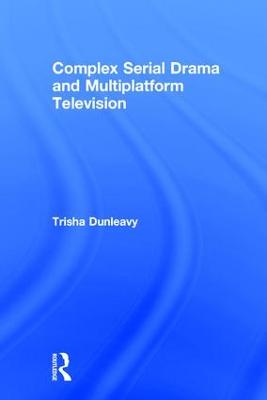 » Have you read this book? We'd like to know what you think about it - write a review about Complex Serial Drama and Multiplatform Television book by Trisha Dunleavy and you'll earn 50c in Boomerang Bucks loyalty dollars (you must be a Boomerang Books Account Holder - it's free to sign up and there are great benefits!)

Trisha Dunleavy is Associate Professor in Media Studies, Victoria University of Wellington, New Zealand. Her research focuses on television, in which the key areas of interest are TV drama, related institutions and industries, and national screen production cultures. Her earlier books include Television Drama: Form, Agency, Innovation (Palgrave Macmillan, 2009) and Ourselves in Primetime: A History of New Zealand Television Drama (Auckland University Press, 2005).

A Preview for this title is currently not available.
More Books By Trisha Dunleavy
View All