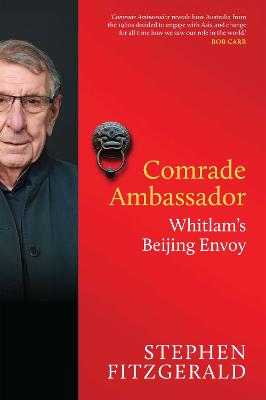 "Modern Australia was in part defined by its early embrace of China-a turning from the White Australia Policy of the 1950s to the country s acceptance of Asian immigration and engagement with regional neighbours. It saw the far-sighted establishment of an embassy in Beijing in the 1970s by Gough Whitlam, headed by Stephen FitzGerald. Here, FitzGerald s story as diplomat, China scholar, adviser to Gough Whitlam, first ambassador to China under prime ministers Whitlam and Malcolm Fraser, is interwoven with the wider one of this dramatic moment in Australia s history. Comrade Ambassador also highlights the challenge Australia faces in managing itself into an Asian future." 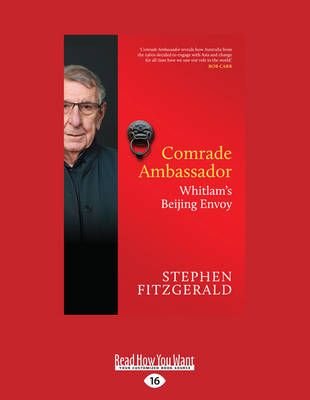 » Have you read this book? We'd like to know what you think about it - write a review about Comrade Ambassador book by Stephen FitzGerald and you'll earn 50c in Boomerang Bucks loyalty dollars (you must be a Boomerang Books Account Holder - it's free to sign up and there are great benefits!)

Stephen FitzGerald began his career as a diplomat, became an academic, was China adviser to Gough Whitlam, and from 1973 to 1976 was Australia s first ambassador to the People s Republic of China. In 1980 he established the first private consultancy for Australian business and government in China. He is currently a board member of the independent public policy initiative, China Matters, and an honorary fellow at the China Studies Centre at Sydney University.

A Preview for this title is currently not available.
More Books By Stephen FitzGerald
View All