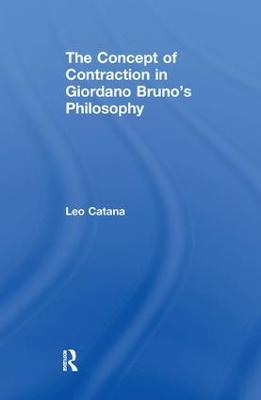 The Concept of Contraction in Giordano Bruno's Philosophy

Through the concept of contraction, Giordano Bruno (1548-1600) endeavoured to explain the relationship of God to his Creation in a way that conformed with his pantheistic view of nature as well as his heterodox view of man's relationship to God. The concept of contraction is twofold. In the ontological sense it denotes the way in which the One, or God, descends to multiplicity. In the noetic sense it accounts for the ways in which the individual human soul ascends towards God through a reversed process of contemplation. Bruno denied the efficacy of the several psychical, psychological and medical states traditionally thought to aid contemplation and noetic ascent towards God. In his view the only means was philosophical contemplation, the use of memory being one important form. Philosophical contemplation elevated the mind from the fragmented multiplicity of sense impressions to an understanding of the principles governing the sensible world. This publication is the first book-length study dedicated to concept of contraction in Bruno's philosophy. Moreover, it explores his sources for this concept. Traditionally Ficino's translation of Plotinus, dating from the second half of the fifteenth century, has been seen as a key source to the Neoplatonism informing Bruno's philosophy. In The Concept of Contraction in Giordano Bruno's Philosophy another Neoplatonic source is considered, namely the pseudo-Aristotelian Liber de Causis (Book of causes), which has not yet been examined in the context of Renaissance Neoplatonism. This work, probably written in Arabic in the ninth century, was translated into Latin in the twelfth century and remained well known to many late Medieval and Renaissance philosophers. Catana argues that this work may have prepared for Ficino's translation of Plotinus, and that in some instances it provided a common source to Renaissance philosophers, Bruno and Nicholas of Cusa (1401-1464) being conspicuous examples discussed in this book. 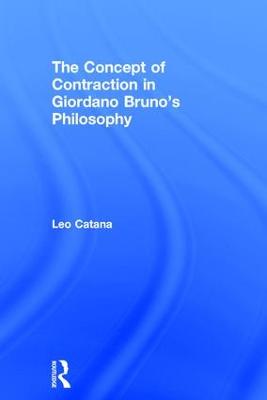 » Have you read this book? We'd like to know what you think about it - write a review about Concept of Contraction in Giordano Bruno's Philosophy book by Leo Catana and you'll earn 50c in Boomerang Bucks loyalty dollars (you must be a Boomerang Books Account Holder - it's free to sign up and there are great benefits!)

Leo Catana is from the Department of Philosophy at the University of Copenhagen, Denmark.

A Preview for this title is currently not available.
More Books By Leo Catana
View All