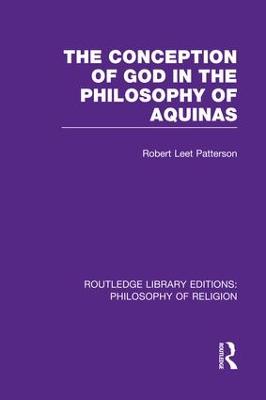 The Conception of God in the Philosophy of Aquinas

At the beginning of the thirteenth century the recovery by western Christendom from the Arabs, Jews and Greeks of the metaphysical treatises of Aristotle, and their translation into Latin, caused a ferment in the intellectual world comparable to that produced by Darwin in the nineteenth century. To vindicate traditional methodoxy Albertus Magnus undertook to harmonize the doctrines of the Church with the Peripatetic philosophy, and this work was carried to its conclusion by his pupil, St Thomas Aquinas, with such success that the latter has become the official philosopher of Roman Catholicism. The system of Aquinas centres in his conception of God, to the exposition and criticism of which this book is devoted.

Buy The Conception of God in the Philosophy of Aquinas by Robert Leet Patterson from Australia's Online Independent Bookstore, Boomerang Books. 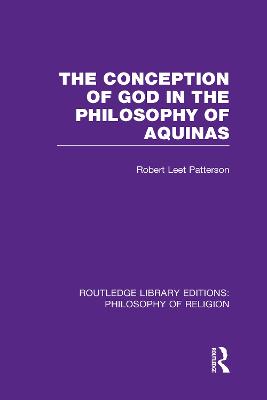 » Have you read this book? We'd like to know what you think about it - write a review about Conception of God in the Philosophy of Aquinas book by Robert Leet Patterson and you'll earn 50c in Boomerang Bucks loyalty dollars (you must be a Boomerang Books Account Holder - it's free to sign up and there are great benefits!)


A Preview for this title is currently not available.
More Books By Robert Leet Patterson
View All