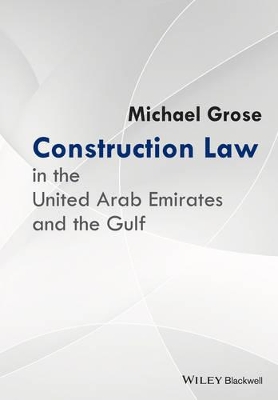 Construction Law in the United Arab Emirates and the Gulf

» Have you read this book? We'd like to know what you think about it - write a review about Construction Law in the United Arab Emirates and the Gulf book by Michael Grose and you'll earn 50c in Boomerang Bucks loyalty dollars (you must be a Boomerang Books Account Holder - it's free to sign up and there are great benefits!)

Michael Grose obtained a law degree in the UK before completing his legal training in 1993 with an international law firm in the City of London. He relocated to Dubai in 1998 where he is the head of the regional construction and projects practice of a global law firm. As a veteran of the Gulf, Michael has extensive knowledge not only of the region's laws but also the application of these laws to construction contracts and disputes. Michael frequently reviews, advises on and prepares construction contracts for major projects, bringing him into frequent contact with the FIDIC suite of contract conditions. He has drafted amendments to these conditions to adapt them for use in the Gulf and to address the most commonly arising issues. Michael has also been involved in many of the region's largest and most high profile construction and engineering disputes. As a result, he has considerable experience of conducting arbitration in the Gulf, including as an arbitrator appointed by the Dubai International Arbitration Centre. Working with licensed local advocates he has acted on numerous occasions for clients in the Gulf's domestic courts. This has included taking cases through all stages of the court proceedings, from obtaining freezing orders against bank guarantees, attending court appointed experts' meetings through to the execution of final judgments. He is also familiar with proceedings the Dubai International Financial Centre Courts having, amongst other things, acted for a main contractor in the first construction case to come to trial in the DIFC Courts. Michael has also presented at numerous conferences, including the Commercial Law Conference in Bahrain (organised by the United States Department of Commerce) for members of the region's judiciary, the inaugural international conference of the Society of Construction Law held in Singapore and the inaugural conference of the Gulf branch of the Society of Construction Law. He is recommended in the top tier of all the leading independent legal directories including Who's Who Legal, Chambers Global and Legal 500.

A Preview for this title is currently not available.
More Books By Michael Grose
View All Anxious Kids: How children can turn their anxiety into resilience
Available, ships in 7-10 business days
$29.74 $34.99 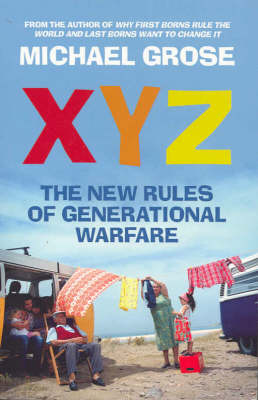 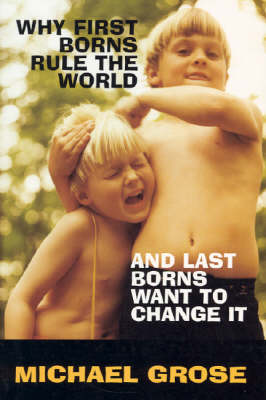 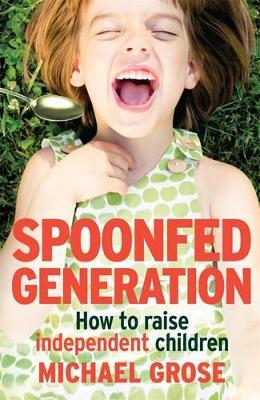 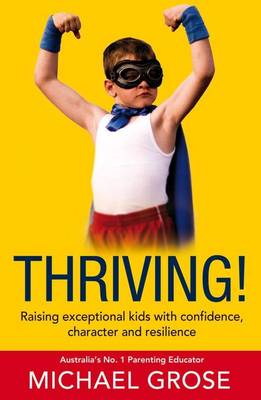