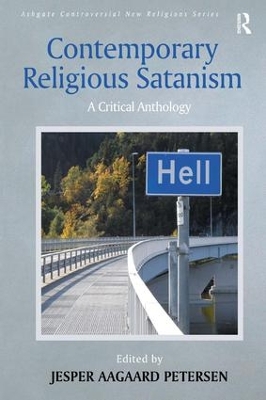 The Church of Satan was founded by Anton LaVey on April 30, 1966. In his hands, Satan became a provocative symbol for indulgence, vital existence, natural wisdom and the human being's true animal nature. At present, religious Satanism exists primarily as a decentralized subculture with a strong internet presence within a larger Satanic milieu in Western culture. Though most are inspired by LaVey, the majority of contemporary Satanists are not members of the Church of Satan. The various expressions of modern Satanism all navigate in today's detraditionalized religious market through the creative appropriation of popular culture, philosophy, literature and religion. The concrete solutions are varied; but they all understand the power of transgression allying oneself with a most powerful symbol of resistance, namely Satan. Thus, contemporary religious Satanism could be understood as a complex negotiation of atheism, secularism, esotericism and self: A "self-religion" in the modern age. Despite the fascinating nature of religious Satanism, it has attracted little scholarship until relatively recently. This book brings together a group of international scholars to produce the first serious book-length study of religious Satanism, presenting a collection that will have wide appeal to specialists and non-specialists alike. The first part contains broader studies of influential groups and important aspects of the Satanic milieu, especially regarding historical developments, the construction of tradition and issues of legitimacy. The second part narrows the view to regional variations, especially with studies on Northern and Eastern Europe. The third part consists of primary documents selected for their representational and informational value.

» Have you read this book? We'd like to know what you think about it - write a review about Contemporary Religious Satanism: A Critical Anthology book by Jesper Aagaard Petersen and you'll earn 50c in Boomerang Bucks loyalty dollars (you must be a Boomerang Books Account Holder - it's free to sign up and there are great benefits!)


A Preview for this title is currently not available.
More Books By Jesper Aagaard Petersen
View All