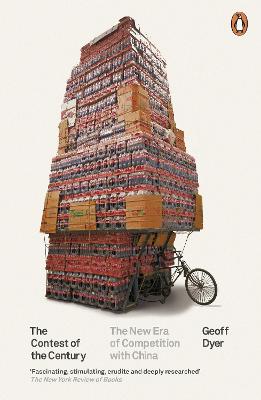 The Contest of the Century

The New Era of Competition with China

Description - The Contest of the Century by Geoff Dyer

By sea and on the airwaves, by dollar and yuan, a contest has begun that will shape the next century. China's rise has now entered a critical new phase, as it seeks to translate its considerable economic heft into a larger role on the world stage, challenging American supremacy. Yet he also shows why China may struggle to unseat the West - its ambitious designs are provoking anxiety, especially in Asia, while America's global alliances have deep roots. If Washington can adjust to a world in which it is not the sole dominant power, it may be able to retain its ability to set the global agenda.
'An intriguing riposte to the received view that the rise of the East signals the decline of the West.' Iain Finlayson, The Times
'Enjoy and learn from this engagingly written tour d'horizon of the important issues . . . Dyer opens with a clear statement of his thesis- China's rise will continue . . . Forward-looking, fluent, lively,eminently sensible.' Jeffrey Wasserstrom, Financial Times
'Astellar book.'Ali Wyne, Wall Street Journal
'Lucid, well-argued. . . With telling anecdotes, Dyer shows how China's foreign policy has misfired in east Asia. And he traces the limits of China's expansion . . . But his is far from an America-triumphant story.' Jonathan Fenby, Guardian

'Well researched, with detailed information, interviews and evidence . . . Those who want a comprehensive treatment of an important issue that will shape much of our world for the next twenty years should read this book.'Mark O'Neill, South China Morning Post

'A perfect antidote to all the noise. Here is a seasoned foreign correspondent calmly taking the measure of Asia's pivotal giant.'Robert D. Kaplan, author of The Revenge of Geography

Buy The Contest of the Century by Geoff Dyer from Australia's Online Independent Bookstore, Boomerang Books.

Other Editions - The Contest of the Century by Geoff Dyer 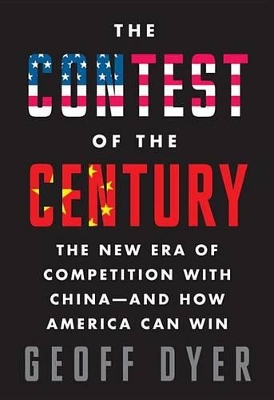 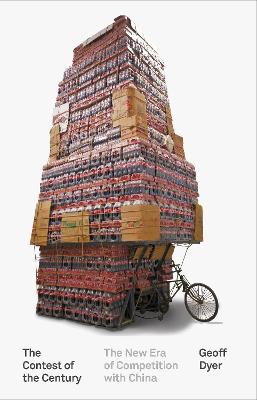 Book Reviews - The Contest of the Century by Geoff Dyer

» Have you read this book? We'd like to know what you think about it - write a review about Contest of the Century book by Geoff Dyer and you'll earn 50c in Boomerang Bucks loyalty dollars (you must be a Boomerang Books Account Holder - it's free to sign up and there are great benefits!)

Geoff Dyer is an award-winning journalist and the FT's former Beijing bureau chief. Now in the Washington DC bureau, he writes about American foreign policy. A former Fulbright scholar, he studied at Emmanuel College, Cambridge University and the Johns Hopkins School of Advanced International Studies.

A Preview for this title is currently not available.
More Books By Geoff Dyer
View All