This book is a fully updated and expanded new edition of An
Introduction to Continental Philosophy, first published in
1996. It provides a clear, concise and readable introduction to
philosophy in the continental tradition. It is a wide-ranging and
reliable guide to the work of such major figures as Nietzsche,
Habermas, Heidegger, Arendt, Sartre, Foucault, Derrida and
?i?ek. At the same time, it situates their thought within
a coherent overall account of the development of continental
philosophy since the Enlightenment.
Individual chapters consider the character of modernity, the
Enlightenment and its continental critics; the ideas of Marxism,
the Frankfurt School and Habermas; hermeneutics and phenomenology;
existentialism; structuralism, post-structuralism and
postmodernism. In addition to the thinkers already mentioned, there
is extended discussion of the ideas of Kant, Hegel, Dilthey,
Husserl, Gadamer, Kierkegaard, de Beauvoir and Lyotard. The new
edition includes an additional, full-length chapter on continental
philosophy in the twenty-first century focusing on Giorgio Agamben,
Alain Badiou and Slavoj ?i?ek.
Continental Philosophy: An Introduction is an invaluable
introductory text for courses on continental philosophy as well as
courses in the humanities and social sciences dealing with major
figures or influential approaches within that tradition. 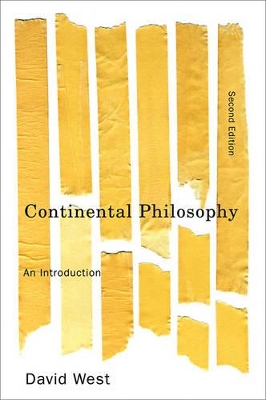 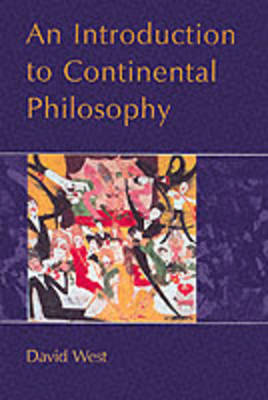 » Have you read this book? We'd like to know what you think about it - write a review about Continental Philosophy book by David West and you'll earn 50c in Boomerang Bucks loyalty dollars (you must be a Boomerang Books Account Holder - it's free to sign up and there are great benefits!)

A Preview for this title is currently not available.
More Books By David West
View All