Fully revised since the first edition, COOL COLLEGES covers the most exciting schools in the U.S. and Canada, with a new chapter on eco schools, an update on tuition-free schools, and the total low-down on the so-called top-ranked schools. Are you hyper-intelligent? Self-directed? A late-bloomer? Or just different? Then you need a great school that will challenge, nurture, inspire, and motivate you-and COOL COLLEGES has got '-?em. It will also give you the scoop on- What the Ivy league is and what it really wants Totally free schools, including one where financial need is a requirement for admission Universities that don'-?t give gradesSchools that don'-?t want your SAT scoresData on the highest (and lowest) paying majorsThe schools that graduate the most millionairesMen'-?s, women'-?s, and minority-focused colleges Schools where you can design your own degree programA college where you can hike and camp your way to a degreeA college that runs its own ranch on an 80-square-mile campus Science and engineering schools where undergrads get their own labs The most competitive colleges, including one that rejects 95% of applicants Campuses where students love to study, even on Saturday nights Schools that offer programs in computer game studies, comedy, auctioneering, special-effects makeup, and morePlus a link to the Web addresses for every college and university in the United States and Canada.COOL COLLEGES is the resource for finding your dream school-and gives you the edge you'-?ll need to get accepted. Reviews"Worth a look, if you'-?re headed for college or getting ready to apply."-San Diego Union TribuneI received a used copy of your book, Cool Colleges (2nd Edition) in the mail this morning and (admittedly) out of vague interest and the slight boredom that comes with not having a driver's license, I picked it up and went about my usual hole-up-in-my-bedroom-with-new-book-and-blinds-down-and-stay-holed-until-I-have-finished-the-text-in-it's-entirety routine. The purpose of this message is to express my nearly inexpressible gratitude to you and your associates in research. I have read life-changing books, articles, and speeches but I have never, not once, been so deeply affected by a work of this type- A guidebook? I have perused U.S. News & World Report's 2007 College Guide and the Newsweek/Kaplan 2007 College Guide, each with their individual talents and faults, but your book was different. For once I felt like the book was directed to students such as myself. I'm not an athlete and I'm no an academic superstar- at my school, that's what it takes to be a favorite. I am just another mediocre teenager in millions who wants to save the world.Your book made me feel, for once, as though someone was looking at those of us hanging by our fingernails on the edge of being completely lost in our distinction. I love to learn for the sake of learning and not because I'm aiming for any star-studded diplomas or accreditations, but because there is so much to learn. Your book not only allowed me to see that there were other "Lost Kids" (that's what my guidance counselor called me) but further that there were places trying to find us because we aren't as lost as some of our superiors like to think. Again Sir, thank you for all your work. It has not gone unnoticed nor was it in vain. If nothing else, you made at least one girl's life (and future) a little brighter. -Carina, 17St. Petersburg, FL

» Have you read this book? We'd like to know what you think about it - write a review about Cool Colleges book by Donald Asher and you'll earn 50c in Boomerang Bucks loyalty dollars (you must be a Boomerang Books Account Holder - it's free to sign up and there are great benefits!)

Career consultant DONALD ASHER is a featured speaker at more than 100 colleges and universities every year, coast to coast. A columnist for MSN Encarta and contributor to the Wall Street Journal's CareerJournal.com and CollegeJournal.com, he divides his time between Nevada and San Francisco. 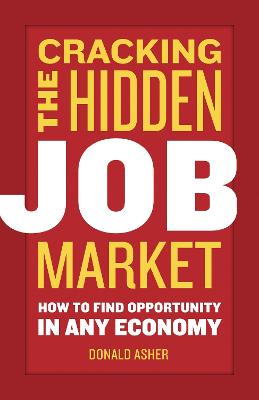