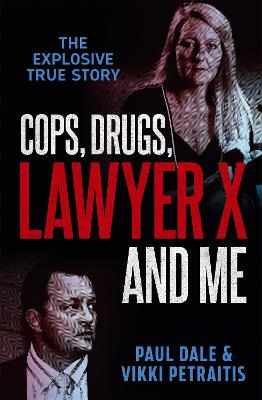 Cops, Drugs, Lawyer X and Me

Description - Cops, Drugs, Lawyer X and Me by Paul Dale

'How did a kid from the country who dreamed of joining the Victoria Police, end up on the wrong side of the bars? There are a lot of reasons, and I hope this story will help clarify some of them, not only for you, the reader, but for me too, because a lot of the time I am left shaking my head, wondering how things went so wrong.' Paul Dale knows he is tainted. After almost fifteen years as a cop, working in Homicide and rising to the rank of Detective Sergeant in the Victorian Drug Squad, he saw the worst of what people can do. But when he was accused and jailed firstly for drug offences and then for murder, Dale realised the murky world he was navigating was going to take him under too. Dale dealt with crims like Carl Williams, Terry Hodson and Tommy Ivanovic on the Melbourne streets. But when a burglary ended in Hodson's arrest, Dale's life started to unravel. He turned to Nicola Gobbo, a lawyer and friend he thought could help: the lawyer who became known as Lawyer X. Eventually exonerated of any crimes, Paul Dale's story reveals the shocking deals done at the highest levels of the Victorian Police Force and the damage wrought by Victoria Police's use of Lawyer X.

Other Editions - Cops, Drugs, Lawyer X and Me by Paul Dale 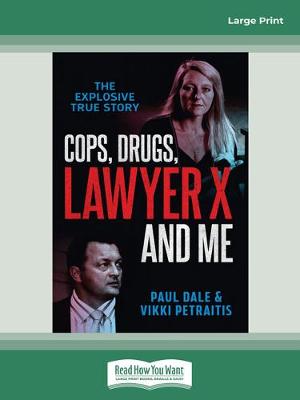 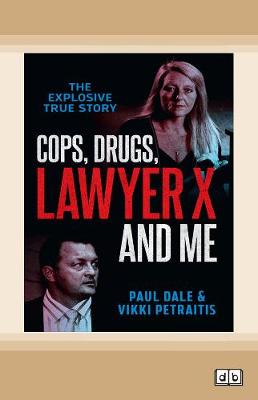 » Have you read this book? We'd like to know what you think about it - write a review about Cops, Drugs, Lawyer X and Me book by Paul Dale and you'll earn 50c in Boomerang Bucks loyalty dollars (you must be a Boomerang Books Account Holder - it's free to sign up and there are great benefits!)


A Preview for this title is currently not available.
More Books By Paul Dale
View All