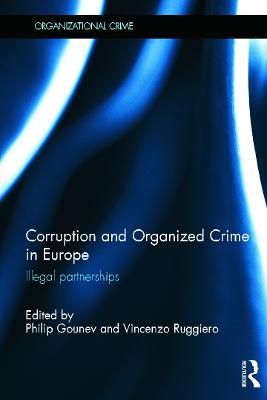 Corruption and Organized Crime in Europe

Description - Corruption and Organized Crime in Europe by Philip Gounev

In Corruption and Organised Crime in Europe, Gounev and Ruggiero present a discussion of the relation between organized criminals and corruption in the EU's 27 Member States. The book draws on research and scholarly work the editors carried out, respectively, within the Center for the Study of Democracy (CSD) in Bulgaria, and within academic institutions, as well as on behalf of the European Commission and the United Nations. Combining empirical data and theoretical debates, the book focuses on three main areas of the relationship between corruption and organised crime: public bodies, the private sector and criminal markets. It presents the findings of a recent research project carried out by the CSD on behalf of the European Commission, providing an analysis of the specific national contexts in which corruption and organized crime thrive. The essays also address institutional responses and policies, focusing particularly on how EU Member States attempt to sever the links between the official economy, the political sphere and organized crime.
The second part of the book presents case studies, written by some of the foremost international experts on the subject matter, analysing corrupt exchange and criminal organisations, concentrating on specific European countries -- Bulgaria, France, Greece, Italy, Russia, Spain and the UK. As the first comprehensive study of corruption and organised crime in the countries of the European Union, the book will be a valuable resource for students and scholars of criminology, sociology, law and international politics, as well policy makers and law-enforcement agencies.

Other Editions - Corruption and Organized Crime in Europe by Philip Gounev 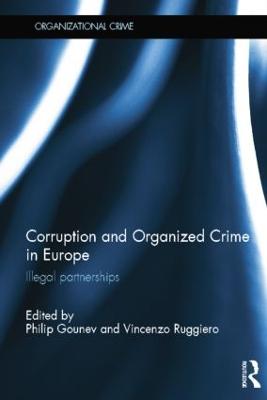 » Have you read this book? We'd like to know what you think about it - write a review about Corruption and Organized Crime in Europe book by Philip Gounev and you'll earn 50c in Boomerang Bucks loyalty dollars (you must be a Boomerang Books Account Holder - it's free to sign up and there are great benefits!)

Philip Gounev is Senior Analyst and expert on crime and corruption at the Center for the Study of Democracy in Bulgaria. Dr Gounev leads Bulgaria's annual National Crime Survey. He has managed a number of EU-wide and national studies and projects on organised-crime and corruption. Dr Gounev holds a PhD from the London School of Economics. Vincenzo Ruggiero is Professor of Sociology at Middlesex University in London. He has conducted research on behalf of many national and international bodies, including the Home Office, the ESRC, the European Commission and the United Nations. He has published extensively in a variety of criminological and sociological areas, and his previous books include: Organised and Corporate Crime in Europe (1996); The New European Criminology (1998, co-edited); Crime and Markets (2000); Economic and Financial Crime (2002, co-edited); Crime in Literature (2003); Understanding Political Violence (2006); Social Movements: A Reader (2008, co-edited) and Penal Abolitionism (2010).

A Preview for this title is currently not available.
More Books By Philip Gounev
View All