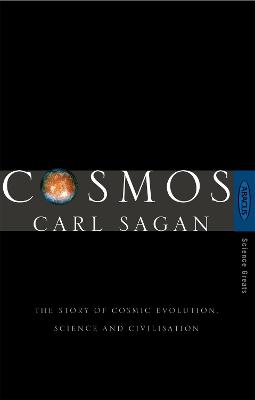 The Story of Cosmic Evolution, Science and Civilisation

* Spacecraft missions to nearby planets* The Library of ancient Alexandria* The human brain* Egyptian hieroglyphics* The origin of life* The death of the sun* The evolution of galaxies* The origins of matter, suns and worldsThe story of fifteen billion years of cosmic evolution transforming matter and life into consciousness, of how science and civilisation grew up together, and of the forces and individuals who helped shape modern science. A story told with Carl Sagan's remarkable ability to make scientific ideas both comprehensible and exciting.

Other Editions - Cosmos by Carl Sagan 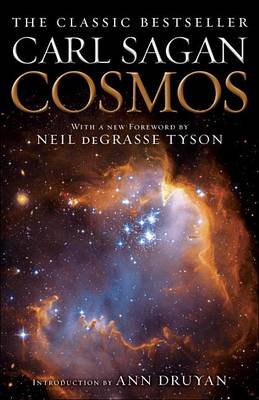 » Have you read this book? We'd like to know what you think about it - write a review about Cosmos book by Carl Sagan and you'll earn 50c in Boomerang Bucks loyalty dollars (you must be a Boomerang Books Account Holder - it's free to sign up and there are great benefits!)

Sagan was Dir. of the Laboratory for Planetary Studies & David Duncan Prof. of Astronomy & Space Sciences at Cornell University.He played a leading role in the Mariner, Viking & Voyage expeditions to the planets & was a recipient of the Pulitzer Prize for literature. He died in 1996.

A Preview for this title is currently not available.
More Books By Carl Sagan
View All