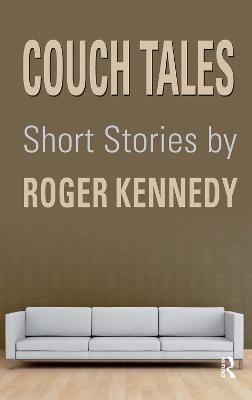 A psychoanalyst sits in his consulting room waiting for the next patient. Thoughts, feelings and anxieties about his own current life begin to assault him. Partly as a way of dealing with the crisis in his own life, he begins to write fictional stories loosely based upon his patients' stories. Between each story the analyst produces a journal which comments upon the stories as well as his own developing personal situation. Couch Tales is a work of pure fiction, for the psychoanalyst and the patients are imaginary. However, they also reflect Roger Kennedy's work as a psychoanalyst, and the way that psychoanalysis reflects in depth on peoples' lives and narratives. » Have you read this book? We'd like to know what you think about it - write a review about Couch Tales: Short Stories book by Roger Kennedy and you'll earn 50c in Boomerang Bucks loyalty dollars (you must be a Boomerang Books Account Holder - it's free to sign up and there are great benefits!)


A Preview for this title is currently not available.
More Books By Roger Kennedy
View All