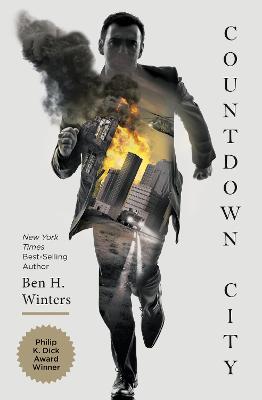 Set three months before the deadly asteroid 2011GV1 is due to hit Earth, this Last Policeman sequel chronicles the further adventures of Hank Palace. The Concord Police Department is now operating under the auspices of the U.S. Justice Department, and Hank is out of a job - until he's hired by a business tycoon to help find the man's estranged son. Hank's search leads him to a visibly collapsing East Coast landscape where anti-immigrant militia patrol the shores, fending off droves of people fleeing the impact zone of the asteroid. And it isn't long before Hank's missing-person case turns into a murder investigation. But the Last Policeman sequel asks questions well beyond whodunit. What do we as human beings owe to one another? And what does it mean to be civilized when civilization is collapsing all around you?

» Have you read this book? We'd like to know what you think about it - write a review about Countdown City book by Ben H. Winters and you'll earn 50c in Boomerang Bucks loyalty dollars (you must be a Boomerang Books Account Holder - it's free to sign up and there are great benefits!)

Countdown City is the follow up to the Last Police Man and the second in the high regarded Trilogy.

Like the first book we are faced with the countdown to the end of the world where the Asteroid will impact the Earth. Faced with the over hanging doom, we also are re-introduced to Harry Palce, not retired from the force, but continues to investigate and is now assisting into a look into a disappearance, With the world rapidly changing we see more and more people going off to fulfill their Bucket List.

Overall the book is a mystery with a very unique setting, looking forward to the next.

Ben H. Wintersis an Edgar Award nominee and a New York Times best-selling author. His most recent novel, Bedbugs, was hailed by Vanity Fair as a diabolical tale of paranoia. He lives in Indianapolis, Indiana.

A Preview for this title is currently not available.
More Books By Ben H. Winters
View All