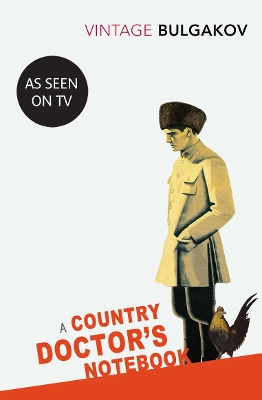 Brilliant stories which show the growth of a novelist's mind, and the raw material which fed the wild surrealism of Bulgakov's later fiction

TRANSLATED BY MICHAEL GLENNYWith the ink still wet on his diploma, the twenty-five-year-old Dr Mikhail Bulgakov was flung into the depths of rural Russia which, in 1916-17, was still largely unaffected by such novelties as the motor car, the telephone or electric light. How his alter-ego copes (or fails to cope) with the new and often appalling responsibilities of a lone doctor in a vast country practice - on the eve of Revolution - is described in Bulgakov's delightful blend of candid realism and imaginative exuberance.

» Have you read this book? We'd like to know what you think about it - write a review about Country Doctor's Notebook book by Mikhail Bulgakov and you'll earn 50c in Boomerang Bucks loyalty dollars (you must be a Boomerang Books Account Holder - it's free to sign up and there are great benefits!)

Mikhail Bulgakov (1891 - 1940) was born and educated in Kiev where he graduated as a doctor in 1916. He rapidly abandoned medicine to write some of the greatest Russian literature of this century. After a lifetime at odds with the stultifying Soviet regime, he died impoverished and blind in 1940, shortly after completing his masterpiece, The Master and Margarita. None of his major fiction was published during his lifetime.

A Preview for this title is currently not available.
More Books By Mikhail Bulgakov
View All