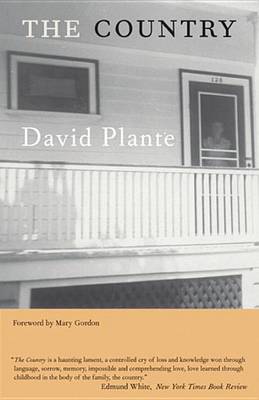 Description - The Country by David Plante

First published in 1981 to wide acclaim, The Countryfollows the last visits of a son, Daniel Francoeur, to his parents' home before the death of his father. Wanting to understand this enigmatic man, Daniel seeks insight through the particulars of his father's life-handling his father's tools and tending to his father's feeble body. Through this contact, his father's mysteries are revealed- his Native-American heritage, his lifelong work as a toolmaker, and his deep and conflicted relationships with his invalid wife and his seven sons.

Written quietly, with great force, The Country illuminates the ties of family, the relationships between fathers and sons, and the love that is often hidden, but ever present.

» Have you read this book? We'd like to know what you think about it - write a review about Country book by David Plante and you'll earn 50c in Boomerang Bucks loyalty dollars (you must be a Boomerang Books Account Holder - it's free to sign up and there are great benefits!)

David Plante is the author of more than a dozen novels, including the Francoeur trilogy-"The Family, The Woods, " and "The Country"-as well as a work of nonfiction, "Difficult Women: A Memoir of Three." His work has appeared in many periodicals, "The New Yorker" and "The Paris Review" among them, and has been nominated for a National Book Award. He teaches writing at Columbia University and lives in New York and London.

A Preview for this title is currently not available.
More Books By David Plante
View All