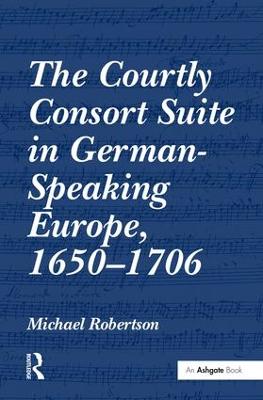 Dance music at the courts of seventeenth-century Germany is a genre that is still largely unknown. Dr Michael Robertson sets out to redress the balance and study the ensemble dance suites that were played at the German courts between the end of the Thirty Years War and the early years of the eighteenth century. At many German courts during this time, it was fashionable to emulate everything that was French. As part of this process, German musicians visited Paris throughout the second half of the seventeenth century, and brought French courtly music back with them on their return. For the last two decades of the century, this meant the works of Jean-Baptiste Lully, and his music and its influence spread rapidly through the courts of Europe. Extracts from Lully's dramatic stage works were circulated in both published editions and manuscript. These extracts are considered in some detail, especially in terms of their relationship to the suite. The nobility also played their part in this process: French musicians and German players with specialist knowledge were often hired to coach their German colleagues in the art of playing in the French manner, the franzAsischer Art. The book examines the dissemination of dance music, instrumentation and performance practice, and the differences between the French and Italian styles. It also studies the courtly suites before the advent of Lullism and the differences between the suites of court composers and town musicians. With the possible exception of Georg Muffat's two Florilegium collections of suites, much of the dance music of the German Lullists is largely unknown; court composers such as Cousser, Erlebach, Johann Fischer and Johann Caspar Ferdinand Fischer all wrote fine collections of ensemble suites, and these are examined in detail. Examples from these suites, some published for the first time, are given throughout the book in order to demonstrate the music's quality and show that its neglect is completely unjustified.

Other Editions - The Courtly Consort Suite in German-Speaking Europe, 1650-1706 by Michael Robertson 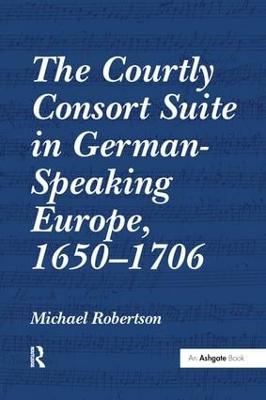 » Have you read this book? We'd like to know what you think about it - write a review about Courtly Consort Suite in German-Speaking Europe, 1650-1706 book by Michael Robertson and you'll earn 50c in Boomerang Bucks loyalty dollars (you must be a Boomerang Books Account Holder - it's free to sign up and there are great benefits!)

A Preview for this title is currently not available.
More Books By Michael Robertson
View All

The Last Utopians: Four Late Nineteenth-Century Visionaries and Their Legacy
$34.29 $34.99