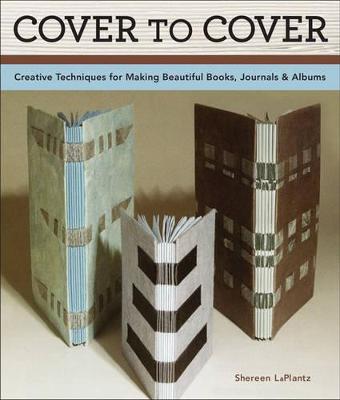 First published in 1995, Cover to Cover quickly became the definitive bookmaking guide. This beautiful 20th anniversary edition features full-color, updated photography and a fresh new design-while retaining its foundational, step-by-step instructions. It explains all the basics, and shows how to create, fold, assemble, and stitch a range of books and journals, from simple pamphlets to accordion-folded signatures, using a variety of materials.

» Have you read this book? We'd like to know what you think about it - write a review about Cover To Cover 20th Anniversary Edition book by Shereen LaPlantz and you'll earn 50c in Boomerang Bucks loyalty dollars (you must be a Boomerang Books Account Holder - it's free to sign up and there are great benefits!)

Shereen LaPlantz is an internationally recognised book artist and author. Her work has been represented in countless gallery exhibitions and museums throughout the USA, Canada, Great Britain, Europe and Africa. Her artists' books are represented in numerous permanent collections, including the National Museum of Women in the Arts in Washington, DC.

A Preview for this title is currently not available.
More Books By Shereen LaPlantz
View All