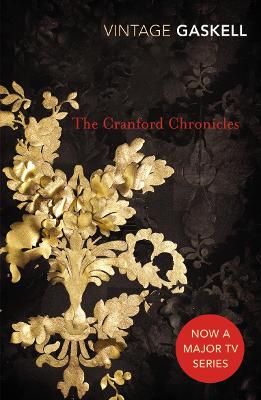 Based on three Elizabeth Gaskell novels The Cranford Chronicles follows the small absurdities and major tragedies in the lives of the people of Cranford, a small Cheshire market town, during one extraordinary year.In this witty and poignant story the railway is pushing its way relentlessly towards the town from Manchester, bringing fears of migrant workers and the breakdown of law and order. The arrival of handsome young Doctor Harrison causes yet further agitation not just because of his revolutionary methods but also because of his effect on the hearts of the ladies. Meanwhile Miss Matty Jenkyns nurses her own broken heart after she was forced to give up the man she loved when she was a young girl.

» Have you read this book? We'd like to know what you think about it - write a review about Cranford Chronicles book by Elizabeth Gaskell and you'll earn 50c in Boomerang Bucks loyalty dollars (you must be a Boomerang Books Account Holder - it's free to sign up and there are great benefits!)

Elizabeth Gaskell was born on 29 September 1810 in London. She was brought up in Knutsford, Cheshire by her aunt after her mother died when she was two years old. In 1832 she married William Gaskell, who was a Unitarian minister like her father. After their marriage they lived in Manchester with their children. Elizabeth Gaskell published her first novel, Mary Barton, in 1848 to great success. She went on to publish much of her work in Charles Dickens's magazines, Household Words and All the Year Round. Along with short stories and a biography of Charlotte Bront , she published five more novels including North and South (1855) and Wives and Daughters (1866). Wives and Daughters is unfinished as Elizabeth Gaskell died suddenly of heart failure on 12 November 1865.