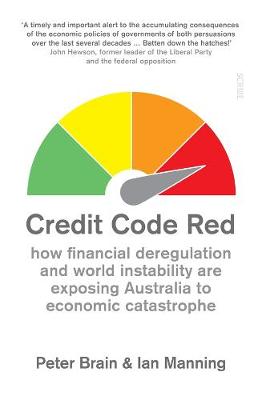 Australia has been the lucky country for a long time. First, it rode off the sheep?s back. Then it became a quarry for emerging economies. It deregulated its financial sector, abandoned manufacturing, has ridden an apparently endless urban-land boom, and has gone over 25 years without a recession. But is Australia?s luck about to run out?Brain and Manning, two of the country?s highly experienced economic analysts, argue that Australia?s prosperity has been bought by borrowing from its future - or, more specifically, by borrowing too much, for the wrong assets, and from the wrong lenders. Using international and local indicators to measure economic danger signs, they warn that, if current policies are not altered, the country will be at extreme risk of an economic calamity within several years. Due to Australia?s high and increasing levels of household debt, foreign debt, and low foreign-exchange reserves, the country will enter what they call a Code Red zone. Once that happens, it is highly unlikely that Australia will be able to avoid, at best, a severe and prolonged recession, or, at worst, an economic catastrophe.To avert this future, the authors propose alternative courses of action for the authorities to take, which involve reducing disposable incomes and imports, re-regulating the financial sector, and abandoning neo-liberal economic theory. They warn that what is politically unrealistic today may become too little, too late, by the early 2020s.'A timely and important alert to the accumulating consequences of the economic policies of governments of both persuasions over the last several decades ... Batten down the hatches!?- John Hewson, former leader of the Liberal Party and the federal opposition'A terrific book that provides the big-picture economic alternative we have been searching for.?- Brian Howe, Former Deputy Prime Minister

» Have you read this book? We'd like to know what you think about it - write a review about Credit Code Red: how financial deregulation and world instability are exposing Australia to economic catastrophe book by Peter Brain and you'll earn 50c in Boomerang Bucks loyalty dollars (you must be a Boomerang Books Account Holder - it's free to sign up and there are great benefits!)

Peter Brain (Author) Peter Brain's doctoral degree, completed at the University of New South Wales, was a pioneer analysis of the National Accounts statistics then becoming available as time series. In 1973 he was appointed to head the Econometric Forecasting Project at the Melbourne University Institute of Applied Economic and Social Research - a project supported by a blue-chip list of Australian businesses and government agencies. Ian Manning (Author) After graduation from the University of Melbourne, Ian Manning taught at one of the affiliated colleges of the University of Madras, India, specialising in the economics of banking. He returned to Australian National University to complete a doctorate on the economics of town planning, and then worked on social-security policy for the National Inquiry into Poverty. In 1980 he joined the staff at the Melbourne Institute. To avoid the then-rising academic hegemony of neo-liberal economics, in 1984 Peter left Melbourne University to found the National Institute of Economic and Industry Research. Ian joined him a year later. For the past thirty years and more, they have both collaborated and worked independently on projects covering all aspects of the Australian economy, its industries, its regions, and its people. 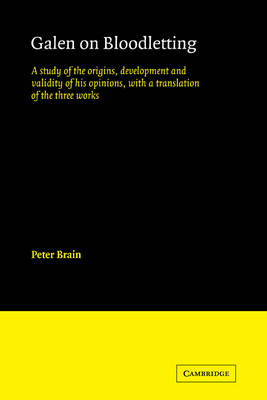