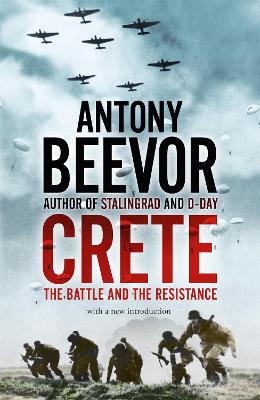 The Battle and the Resistance

Acclaimed historian and best-selling author Antony Beevor vividly brings to life the epic struggles that took place in Second World War Crete - reissued with a new introduction. 'The best book we have got on Crete' ObserverThe Germans expected their airborne attack on Crete in 1941 - a unique event in the history of warfare - to be a textbook victory based on tactical surprise. They had no idea that the British, using Ultra intercepts, knew their plans and had laid a carefully-planned trap. It should have been the first German defeat of the war, but a fatal misunderstanding turned the battle round. Nor did the conflict end there. Ferocious Cretan freedom fighters mounted a heroic resistance, aided by a dramatic cast of British officers from Special Operations Executive.

Other Editions - Crete by Antony Beevor 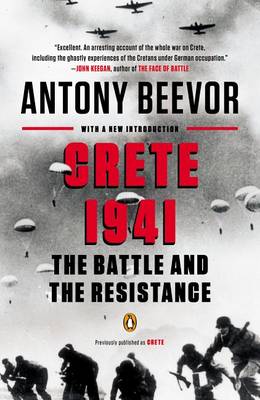 » Have you read this book? We'd like to know what you think about it - write a review about Crete book by Antony Beevor and you'll earn 50c in Boomerang Bucks loyalty dollars (you must be a Boomerang Books Account Holder - it's free to sign up and there are great benefits!)

A regular in the 11th Hussars, Antony Beevor served in Germany and England. He has had a number of books published and his book Stalingrad was awarded the Samuel Johnson Prize, the Wolfson History Prize and the Hawthornden Prize. Among the many prestigious posts he holds, he is a fellow of the Royal Society of Literature.