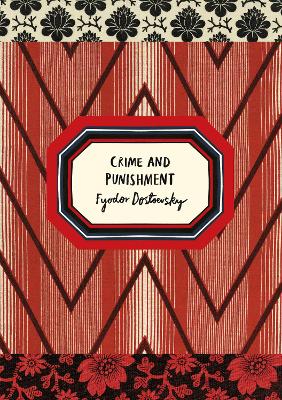 Consumed by the idea of his own special destiny, immured in poverty and deprivation, Rashkolnikov is drawn to commit a terrible crime. In the aftermath, Rashkolnikov is dogged by madness, guilt and a calculating detective, and a feverish cat-and-mouse game unfolds. The only hope for redemption, if Rashkolnikov can but recognise it, lies in the virtuous and faithful Sonya.

The Vintage Classics Russians series - sumptuous editions of the greatest books to come out of Russia during the most tumultuous period in its history.

» Have you read this book? We'd like to know what you think about it - write a review about Crime And Punishment (Vintage Classic Russians Series) book by Fyodor Dostoevsky and you'll earn 50c in Boomerang Bucks loyalty dollars (you must be a Boomerang Books Account Holder - it's free to sign up and there are great benefits!)

The Eighth Life: (For Brilka) The International Bestseller
Nino Haratischvili
$21.59 $26.99