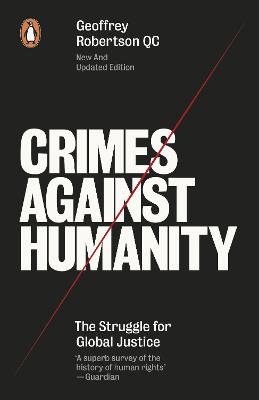 The Struggle For Global Justice

In this new edition of Crimes Against Humanity- The Struggle for Global Justice, Geoffrey Robertson QC explains why we must hold political and military leaders accountable for genocide, torture and mass murder.
He shows how human rights standards can be enforced against cruel governments, armies and multi-national corporations. This seminal work now contains a critical perspective on recent events, such as the invasion of Iraq, the abuses at Abu Ghraib, the killings in Darfur, the death of Milosevic and the trial of Saddam Hussein.
Cautiously optimistic about ending impunity, but unsparingly critical of diplomats, politicians, Bush lawyers and others who evade international rules, this book will provide further guidance to a movement which aims to make justice predominant in world affairs.
'A beacon of clear-sighted commitment to the humanitarian cause ... impassioned ... exemplary ... seminal'
Observer
'States are the biggest bullies in the world. In this book, Geoffrey Robertson shows how they can be tamed'
Mail on Sunday
'A devastating critique of the inadequate response of the international community to violations of basic freedoms ... a formidable achievement'
Evening Standard
'His arguments are exceptionally clear ... simple and lucid prose'
Sunday Telegraph
Geoffrey Robertson QC is founder and head of Doughty Street Chambers, the largest human rights practice in the UK. In 2008, he was appointed as a distinguished jurist member of the UN Justice Council. His books include Crimes Against Humanity- The Struggle for Global Justice, a memoir, The Justice Game, The Case of the Pope and The Tyrannicide Brief, an award winning study of the trial of Charles I.

Other Editions - Crimes Against Humanity by Geoffrey Robertson 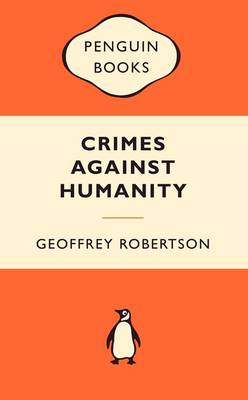 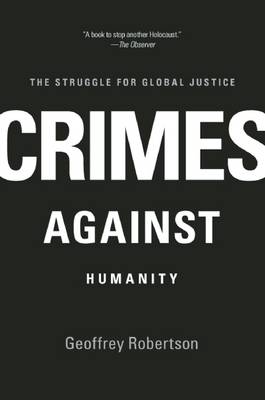 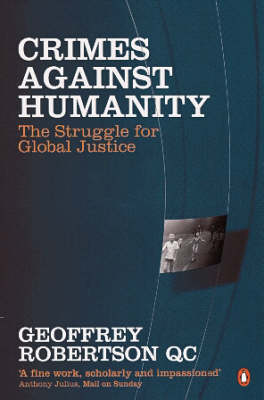 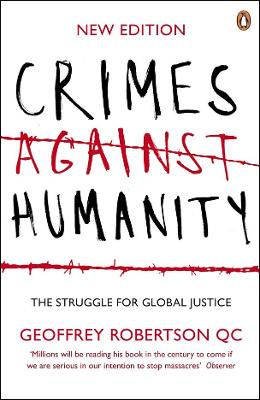 View all editions of Crimes Against Humanity by Geoffrey Robertson

» Have you read this book? We'd like to know what you think about it - write a review about Crimes Against Humanity book by Geoffrey Robertson and you'll earn 50c in Boomerang Bucks loyalty dollars (you must be a Boomerang Books Account Holder - it's free to sign up and there are great benefits!)

Geoffrey Robertson QC has appeared as counsel in landmark human rights cases in British, International and Commonwealth courts. He is Head of Doughty Street Chambers and Visiting Professor in Human Rights at Birkbeck College. His other books include FREEDOM, THE INDIVIDUAL AND THE LAW and MEDIA LAW (both in Penguin) and his memoir, THE JUSTICE GAME, was published in 1998. He lives in London.