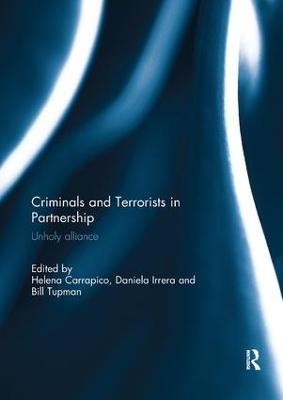 Criminals and Terrorists in Partnership

Description - Criminals and Terrorists in Partnership by Helena Carrapico

The nexus between terrorism and organised crime consists of a strategic alliance between two non-state actors who are able to exploit illegal markets, threaten the security of individuals, and influence policy-making on a global level. Recent Europol reports have pointed towards the importance of studying the links between organised crime and terrorist groups, and have underlined that the nature and extent of these connections have seldom been addressed from an academic perspective. Considering the danger that both organised crime and terrorism currently pose to the world, the collusion between these two phenomena is of urgent contemporary interest.

Basing itself on geographical case-studies, this book contributes to the existing literature in three ways: by enriching the empirical knowledge on the nature of the crime-terror nexus and its evolution; by exploring the impact of the nexus within different economic, political and societal contexts; and by expanding on its theoretical conceptualization. This book was originally published as a special issue of Global Crime.

Other Editions - Criminals and Terrorists in Partnership by Helena Carrapico 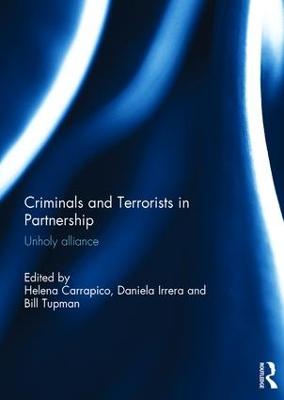 Book Reviews - Criminals and Terrorists in Partnership by Helena Carrapico

» Have you read this book? We'd like to know what you think about it - write a review about Criminals and Terrorists in Partnership book by Helena Carrapico and you'll earn 50c in Boomerang Bucks loyalty dollars (you must be a Boomerang Books Account Holder - it's free to sign up and there are great benefits!)

Helena Carrapico is Lecturer in Politics and International Relations at Aston University, Birmingham, UK. Her research focuses on European security, with a particular focus on cyber security and cyber-crime. Daniela Irrera is Assistant Professor of Political Science and International Relations at the University of Catania, Italy. Her research focuses on the crime-terror nexus and its implications for global security policies, in particular those of the European Union. Bill Tupman is Visiting Professor in Criminal Justice at BPP University, UK, and Honorary University fellow, at the University of Exeter, UK. His research interests focus on transnational crime, terrorism and police responses.

A Preview for this title is currently not available.
More Books By Helena Carrapico
View All