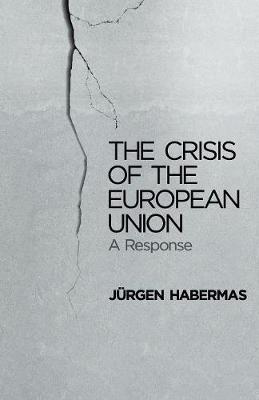 The Crisis of the European Union

Description - The Crisis of the European Union by Jurgen Habermas

Translated by Ciaran Cronin.
In the midst of the current crisis that is threatening to derail
the historical project of European unification, Jurgen
Habermas has been one of the most perceptive critics of the
ineffectual and evasive responses to the global financial crisis,
especially by the German political class. This extended essay on
the constitution for Europe represents Habermas?s
constructive engagement with the European project at a time when
the crisis of the eurozone is threatening the very existence of the
European Union. There is a growing realization that the European
treaty needs to be revised in order to deal with the structural
defects of monetary union, but a clear perspective for the future
is missing. Drawing on his analysis of European unification as a
process in which international treaties have progressively taken on
features of a democratic constitution, Habermas explains why the
current proposals to transform the system of European governance
into one of executive federalism is a mistake. His central argument
is that the European project must realize its democratic potential
by evolving from an international into a cosmopolitan community.
The opening essay on the role played by the concept of human
dignity in the genealogy of human rights in the modern era throws
further important light on the philosophical foundations of
Habermas?s theory of how democratic political institutions
can be extended beyond the level of nation-states.

Now that the question of Europe and its future is once again at the
centre of public debate, this important intervention by one of the
greatest thinkers of our time will be of interest to a wide
readership.

Other Editions - The Crisis of the European Union by Jurgen Habermas 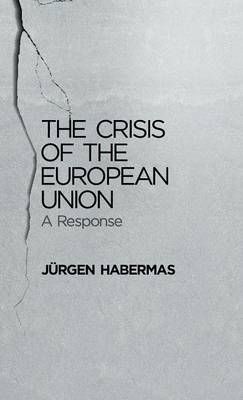 Book Reviews - The Crisis of the European Union by Jurgen Habermas

» Have you read this book? We'd like to know what you think about it - write a review about Crisis of the European Union book by Jurgen Habermas and you'll earn 50c in Boomerang Bucks loyalty dollars (you must be a Boomerang Books Account Holder - it's free to sign up and there are great benefits!)

Jurgen Habermas is Emeritus Professor of Philosophy at the Johann Wolfgang Goethe University of Frankfurt and one of the most influential social and political thinkers in the world today.

A Preview for this title is currently not available.
More Books By Jurgen Habermas
View All

Structural Transformation of the Public Sphere - an Inquiry Into a Category of Bourgeois Society
$36.21 $36.95

Between Facts and Norms: Contributions to a Discourse Theory of Law and Democracy
$41.11 $41.95