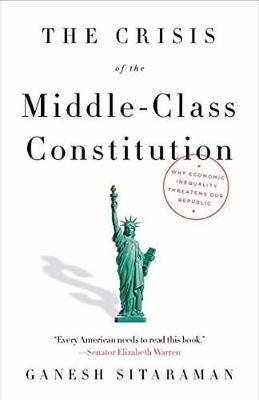 The Crisis Of The Middle-Class Constitution

Why Income Inequality Threatens Our Republic

Description - The Crisis Of The Middle-Class Constitution by Ganesh Sitaraman

An original, provocative contribution to the debate over rising income inequality that argues that a strong and sizable middle class is in fact embedded in the very framework of our government and its founding document.

For two thousand years, constitutional republics assumed class divisions a priori. But as Ganesh Sitaraman reminds us in this exceptionally lucid study, our Constitution, growing as it did out of a society of almost unprecedented economic equality, made no provisions to prevent the upper class from seizing the levers of power, as previous constitutions had. Now that the wealthy are doing just that, Sitaraman argues Americans face a choice- Do we want to live in the kind of equal society our founders always assumed we would, or do we want to adapt our Constitution to fit the kind of inequality they believed America was an exception to? In deciding that question, he reasons, we should be heartened by the fact that we've taken steps to reduce inequality and strengthen the middle class before now, but we can and should take those steps again. 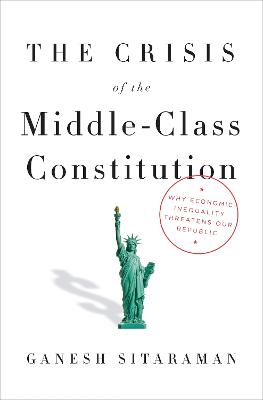 » Have you read this book? We'd like to know what you think about it - write a review about Crisis Of The Middle-Class Constitution book by Ganesh Sitaraman and you'll earn 50c in Boomerang Bucks loyalty dollars (you must be a Boomerang Books Account Holder - it's free to sign up and there are great benefits!)

GANESH SITARAMAN is an associate professor of law at Vanderbilt Law School and a senior fellow at the Center for American Progress. He has been a longtime advisor to Senator Elizabeth Warren, serving as her policy director and senior counsel. Sitaraman has commented on foreign and domestic policy in The New York Times, The New Republic, The Boston Globe, and The Christian Science Monitor and is the author of The Counterinsurgent's Constitution- Law in the Age of Small Wars, which won the 2013 Palmer Civil Liberties Prize. He is a graduate of Harvard Law School, where he was an editor on the Harvard Law Review.

A Preview for this title is currently not available.
More Books By Ganesh Sitaraman
View All

The Public Option: How to Expand Freedom, Increase Opportunity, and Promote Equality
$51.41 $57.12