A Restatement and Defence

Critical Rationalism, Popper's revolutionary approach to epistemology and scientific method, conceives human knowledge as consisting of unsupported guesses or conjectures. Investigation is therefore concerned, not with conclusively justifying our ideas - a hopeless endeavor - but with inventing new unjustified ideas and ejecting faulty ideas from the corpus of knowledge by criticism and refutation. The critical rationalist approach has been attacked by those who contend that it is little better than pure skepticism or irrationalism, or that it surreptitiously smuggles in the notion of inductive support. David Miller elegantly and provocatively reformulates critical rationalism by answering all its important critics. He presents a full defence of Popper's solution to the problem of induction, especially in the form which relates to practical decision-making. All known attempts to impeach Popper's solution as skeptical, irrationalist, or implicitly inductivist, are carefully considered and refuted. Critical Rationalism includes a detailed discussion of the role of probability in scientific method. Dr. Miller critically dissects the claims of Bayesianism, argues that objective probabilities do exist in the world, and proposes a new objectivist interpretation that makes sense of objective single-case probabilities even in a deterministic universe. 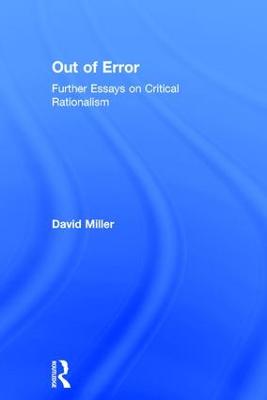 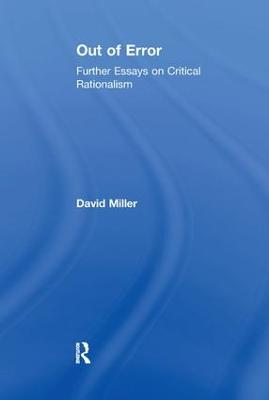 » Have you read this book? We'd like to know what you think about it - write a review about Critical Rationalism book by David Miller and you'll earn 50c in Boomerang Bucks loyalty dollars (you must be a Boomerang Books Account Holder - it's free to sign up and there are great benefits!)


A Preview for this title is currently not available.
More Books By David Miller
View All

Strangers in Our Midst: The Political Philosophy of Immigration
$34.25 $34.95