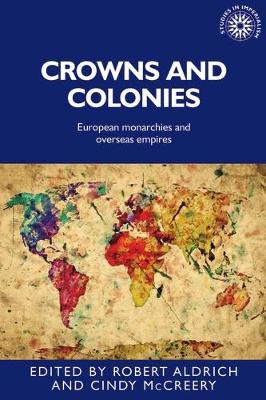 Queen Victoria, who also bore the title of Empress of India, had a real and abiding interest in the British Empire, but other European monarchs also ruled over possessions 'beyond the seas'. This collection of original essays explores the connections between monarchy and colonialism, from the old regime empires down to the Commonwealth of today. With case studies drawn from Britain, France, the Netherlands, Germany and Italy, the chapters analyse constitutional questions about the role of the crown in overseas empires, the pomp and pageantry of the monarchy as it transferred to the colonies, and the fate of indigenous sovereigns under European colonial control. The volume, with chapters on North America, Asia, Africa and Australasia, provides new perspectives on colonial history, the governance of empire, and the transnational history of monarchies in modern Europe.

Other Editions - Crowns and Colonies by Robert Aldrich » Have you read this book? We'd like to know what you think about it - write a review about Crowns and Colonies book by Robert Aldrich and you'll earn 50c in Boomerang Bucks loyalty dollars (you must be a Boomerang Books Account Holder - it's free to sign up and there are great benefits!)