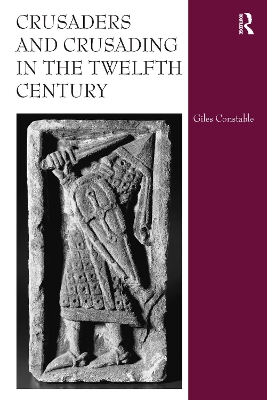 Crusaders and Crusading in the Twelfth Century

Description - Crusaders and Crusading in the Twelfth Century by Giles Constable

Crusading in the twelfth century was less a series of discrete events than a manifestation of an endemic phenomenon that touched almost every aspect of life at that time. The defense of Christendom and the recovery of the Holy Land were widely-shared objectives. Thousands of men, and not a few women, participated in the crusades, including not only those who took the cross but many others who shared the costs and losses, as well as the triumphs of the crusaders. This volume contains not a narrative account of the crusades in the twelfth century, but a group of studies illustrating many aspects of crusading that are often passed over in narrative histories, including the courses and historiography of the crusades, their background, ideology, and finances, and how they were seen in Europe. Included are revised and updated versions of Giles Constable's classic essays on medieval crusading, along with two major new studies on the cross of the crusaders and the Fourth Crusade, and two excursuses on the terminology of crusading and the numbering of the crusades. They provide an opportunity to meet some individual crusaders, such as Odo Arpinus, whose remarkable career carried him from France to the east and back again, and whose legendary exploits in the Holy Land were recorded in the Old French crusade cycle. Other studies take the reader to the boundaries of Christendom in Spain and Portugal and in eastern Germany, where the campaigns against the Wends formed part of the wider crusading movement. Together they show the range and depth of crusading at that time and its influence on the broader history of the period. » Have you read this book? We'd like to know what you think about it - write a review about Crusaders and Crusading in the Twelfth Century book by Giles Constable and you'll earn 50c in Boomerang Bucks loyalty dollars (you must be a Boomerang Books Account Holder - it's free to sign up and there are great benefits!)

Giles Constable is Emeritus Professor of Medieval History at the Institute for Advanced Study, Princeton, USA

A Preview for this title is currently not available.
More Books By Giles Constable
View All