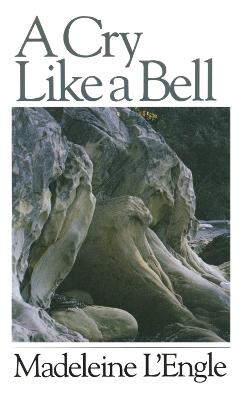 Description - A Cry Like A Bell, A by Madeleine L'Engle

In this collection of poems of human struggle and God's grace, Madeleine L'Engle speaks across the centuries through the voices of biblical figures, like Rachel, Isaac, Mary, and Andrew.

Every one of us will find at least one character with whom we can identify-their dilemmas and struggles, moments of joy, and heart longings. Their dramatic songs echo in our minds and touch us afresh with belief in God's grace and love, no matter what our situations.

Praise for A Cry Like a Bell
"Whether in her prose or poetry, Madelein L'Engle brings illumination to her themes through her blend of insight and honesty." -Edmund Fuller

"She speaks with the awesomely stark clarity that marks the imagination of real poets. Read her poetry and be chastened and filled with joy." -Thomas Howard

"These cries of pain and joy ring down the cycles of the centuries, and listening to them, we are joined to their music." -Luci Shaw

Buy A Cry Like A Bell, A by Madeleine L'Engle from Australia's Online Independent Bookstore, Boomerang Books.


Book Reviews - A Cry Like A Bell, A by Madeleine L'Engle

» Have you read this book? We'd like to know what you think about it - write a review about Cry Like A Bell, A book by Madeleine L'Engle and you'll earn 50c in Boomerang Bucks loyalty dollars (you must be a Boomerang Books Account Holder - it's free to sign up and there are great benefits!)

Madeleine L'Engle was the author of more than forty-five books for all ages, among them the beloved A Wrinkle in Time, awarded the Newbery Medal; A Ring of Endless Light, a Newbery Honor Book; A Swiftly Tilting Planet, winner of the American Book Award; and the Austin family series of which Troubling a Star is the fifth book. L'Engle was named the 1998 recipient of the Margaret A. Edwards award, honoring her lifetime contribution in writing for teens. Ms. L'Engle was born in 1918 in New York City. She wrote her first book, The Small Rain, while touring with Eva Le Gallienne in Uncle Harry. She met Hugh Franklin, to whom she was married until his death in 1986, while they were rehearsing The Cherry Orchard, and they were married on tour during a run of The Joyous Season, starring Ethel Barrymore. Ms. L'Engle retired from the stage after her marriage, and the Franklins moved to northwest Connecticut and opened a general store. After a decade in Connecticut, the family returned to New York. After splitting her time between New York City and Connecticut and acting as the librarian and writer-in-residence