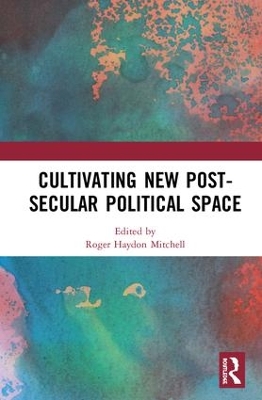 This comprehensive volume provides crucial insights from contemporary academics and practitioners into how positive interventions might be made into post-secular political spaces that have emerged in the wake of the economic, political, and social upheavals of the 2008 global financial crisis. The failure of liberal democracy to deal effectively with such challenges has led to scapegoating of the poor, immigrants, and Muslims, and contributed to the populist electoral success of, among others, the Leave campaign during the 2016 United Kingdom European Union membership referendum, and Donald Trump's Presidential campaign. These shocks have highlighted contemporary political spaces defined by what has been termed 'all the posts': postmodern, post-Christendom, post-liberal, post-political, and post-secular.

This collection examines emerging attempts to understand and advance the cause of wellbeing within this context. The authors address a variety of key issues including: (re)configuring mythologies for the common good; deploying love and friendship politically; motivating new social movements; valuing the other; recovering displaced and devalued political narratives; finding alternatives to the previously dominant neo-liberalism; listening deeply for social transformation; and overcoming adversarial party politics.

This book was originally published online as a special issue of the journal Global Discourse. » Have you read this book? We'd like to know what you think about it - write a review about Cultivating New Post-secular Political Space book by Roger Haydon Mitchell and you'll earn 50c in Boomerang Bucks loyalty dollars (you must be a Boomerang Books Account Holder - it's free to sign up and there are great benefits!)


A Preview for this title is currently not available.
More Books By Roger Haydon Mitchell
View All

Discovering Kenarchy: Contemporary Resources for the Politics of Love
$35.85 $39.83