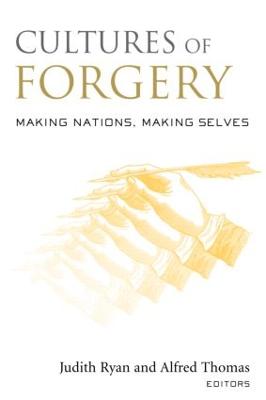 This collection of eleven essays by leading literary studies and cultural studies scholars examines the double meaning of the word "forge"-to create or to form, on the one hand, and to make falsely, on the other. These notable scholars take on a broad range of topics, including the falsified Hitler diaries, the creation of national identity in Bohemia, and Jean-Etienne Liotard's fraudulent "Turkish" identity. Each essay asks how forgery-at once the work of a criminal and a "master"-has shaped modern culture and challenged our understandings of authorship and value. Julie Buckler, Derek Pearsall, Sarolta Takacs, Alfred Thomas, Brad Epps, Reinhold Brinkmann, Ewa Lajer-Burcharth, John Malmstad, Judith Ryan, Susan Suleiman, Eric Rentschler

Other Editions - Cultures of Forgery by Judith Ryan 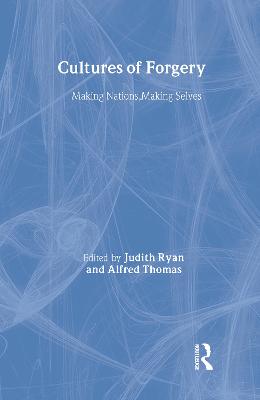 » Have you read this book? We'd like to know what you think about it - write a review about Cultures of Forgery book by Judith Ryan and you'll earn 50c in Boomerang Bucks loyalty dollars (you must be a Boomerang Books Account Holder - it's free to sign up and there are great benefits!)

Alfred Thomas is Professor of Slavic and Baltic Languages and Literatures at the University of Illinois at Chicago and Head of Department. From 1996 to 2002 he was John L. Loeb Associate Professor of the Humanities at Harvard University. He is the author of four books, the most recent of which are Anne's Bohemia: Czech Literature and Society, 1310-1420 (University of Minnesota Press, 1998) and Embodying Bohemia: Questions of Gender and Sexuality in Modern Czech Culture (forthcoming, University of Wisconsin Press, 2004). Judith Ryan is the Robert K. and Dale J. Weary Professor of German and Comparative Literature at Harvard University. She is the author of Umschlag und Verwandlung (on Rilke's poetry; 1972), The Uncompleted Past: Postwar German Novels and the Third Reich (1983), The Vanishing Subject:Early Psychology and Literary Modernism (1991), and Rilke, Modernism and Poetic Tradition (1999). She has also written articles on such authors as Franz Kafka, Paul Celan, Christa Wolf, and Gunter Grass. She is currently at work on a book about the relation of the contemporary novel to literary theory.

A Preview for this title is currently not available.
More Books By Judith Ryan
View All