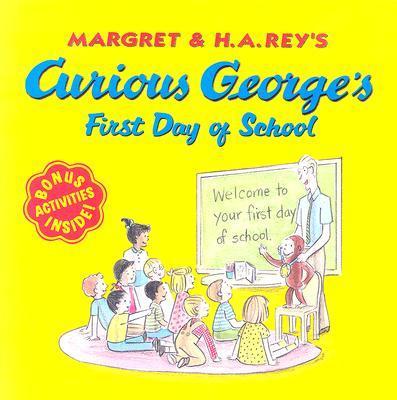 It's the first day of school and George has been invited to Mr.Apple's class to be a special helper! George is just the right monkey for the job-that is, until he starts to make his usual mischief.A mixture of red and yellow paint makes orange ...a mixture of yellow and blue makes green....and a mixture of all the paint colors makes a big mess! After a speedy adventure up and down the halls of the school, George and Mr.Apple clean up the classroom-with a little help from George's new friends. 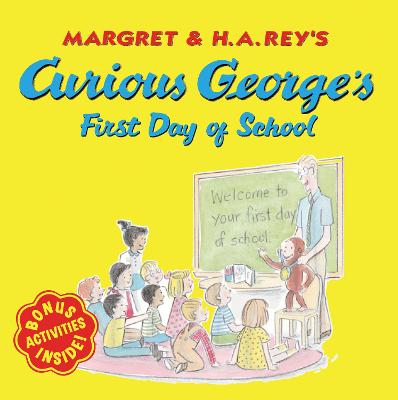 » Have you read this book? We'd like to know what you think about it - write a review about Curious George's First Day of School book by H A Rey and you'll earn 50c in Boomerang Bucks loyalty dollars (you must be a Boomerang Books Account Holder - it's free to sign up and there are great benefits!)

Hans Augusto Rey was born in Hamburg, Germany in 1898. As a child, he spent much of his free time in that city's famous Hagenbeck Zoo drawing animals. After serving in the army during World War I, he studied philology and natural science at the University of Hamburg. He then married Margret Rey and they moved to Montmartre for four years. The manuscript for the first Curious George books was one of the few items the Reys carried with them on their bicycles when they escaped from Paris in 1940. Eventually, they made their way to the United States, and Curious George was published in 1941. Curious George has been published in many languages, including French, German, Japanese, Afrikaans, and Norwegian. Additional Curious George books followed, as well as such other favorites as CECILY G. AND THE NINE MONKEYS and FIND THE CONSTELLATIONS.

A Preview for this title is currently not available.
More Books By H A Rey
View All