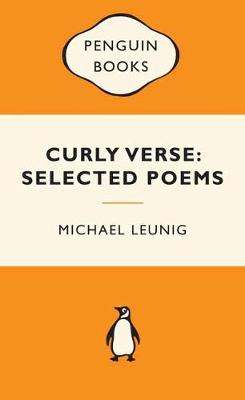 In this selection of poems covering the period 1972 to 2002. This beautifully elegant volume excludes the cartoon element, focusing on Leunig's brilliant texts, with all their absurdity, hilarity, poignancy and joyfulness. Michael Leunig pokes fun at human folly and pretentiousness, deplores the idiocy of war, and revels in the redeeming power of love.

» Have you read this book? We'd like to know what you think about it - write a review about Curly Verse: Selected Poems - Popular Penguins book by Michael Leunig and you'll earn 50c in Boomerang Bucks loyalty dollars (you must be a Boomerang Books Account Holder - it's free to sign up and there are great benefits!)