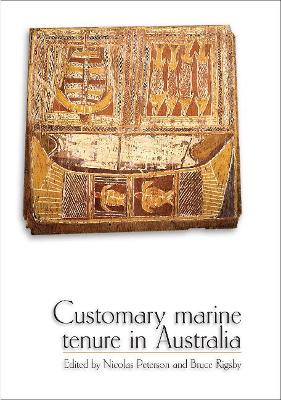 First published in 1998 by Oceania Publications

Most Australians are familiar with the concept of land ownership and understand the meaning of native title, which recognises Indigenous peoples' rights to land to which they are spiritually or culturally connected. The ownership of areas of the sea and its resources is often overlooked however, despite Aboriginal and Torres Strait Islander connections with the sea being just as important as those with the land.

» Have you read this book? We'd like to know what you think about it - write a review about Customary Marine Tenure in Australia book by Nicolas Peterson and you'll earn 50c in Boomerang Bucks loyalty dollars (you must be a Boomerang Books Account Holder - it's free to sign up and there are great benefits!)


A Preview for this title is currently not available.
More Books By Nicolas Peterson
View All