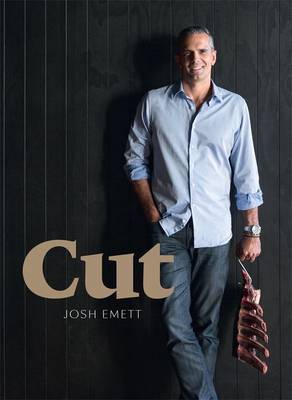 A stunning hardback cookbook with great meat recipes for the home cook from MasterChef NZ judge Josh Emett. This beautifully photographed and designed book is divided into sections- duck; chicken; lamb; beef; quail; rabbit; pork; veal; and venison. It also includes a section on pies because Josh is a huge fan of them. In addition to information on all the cuts of meat for each animal, this book includes usage of each different cut, and recipes for using each defined cut. Plus each of those recipes contains other components such as side dishes, sauces and relishes - essential knowledge for all good home cooks. One of Josh s key philosophies is zero wastage, using everything from the animal; having respect for the animal; and knowing where your food comes from. Josh is a Michelin-starred chef, working in London, New York, Los Angeles and Melbourne with Gordon Ramsay and Marcus Wareing, so his credentials are impeccable. But he hasn't forgotten his Waikato roots - and there are beautiful shots of Josh in the Waikato farm countryside.

» Have you read this book? We'd like to know what you think about it - write a review about Cut book by Josh Emett and you'll earn 50c in Boomerang Bucks loyalty dollars (you must be a Boomerang Books Account Holder - it's free to sign up and there are great benefits!)

Josh Emett, internationally acclaimed Michelin star chef, is co-owner of Rata restaurant in Queenstown. For 11 years, Emett worked alongside Gordon Ramsay in London, New York and Melbourne, achieving four Michelin stars and an outstanding international reputation. More recently he has become a well-known face on television, as a Masterchef New Zealand judge and a Masterchef Australia celebrity chef. Rata embodies the regional flavour of Central Otago, which is reflected in the decor and ambience as much as in the food (www.ratadining.co.nz). A graduate of Waikato Tech, Emett worked at Auckland s Cin Cin before working with Donovan Cooke in Melbourne, on luxury yachts in the South of France, and then with Gordon Ramsay at Chelsea, and Claridge s, before shifting to The Savoy Grill with Marcus Wareing, and then opening restaurants for Ramsay in New York, Hollywood and finally Australia. In 2008 he was named New York Rising Star Chef .

A Preview for this title is currently not available.
More Books By Josh Emett
View All

The Recipe: The world's finest chefs and the essential classic recipes for anyone who loves to cook
$40.50 $45.00