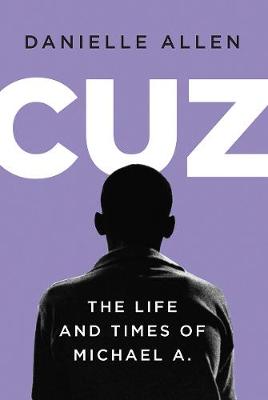 The Life and Times of Michael A.

In a shattering work that shifts between a woman's private anguish over the loss of her beloved baby cousin and a scholar's fierce critique of the American prison system, Danielle Allen seeks answers to what, for many years, felt unanswerable. Why? Why did her cousin, a precocious young man who dreamed of being a firefighter and a writer, end up dead? Why did he languish in prison? And why, at the age of fifteen, was he in an alley in South Central Los Angeles, holding a gun while trying to steal someone's car?

Cuz means both "cousin" and "because." In this searing memoir, Allen unfurls a "new American story" about a world tragically transformed by the sudden availability of narcotics and the rise of street gangs-a collision, followed by a reactionary War on Drugs, that would devastate not only South Central L.A. but virtually every urban center in the nation. At thirteen, sensitive, talkative Michael Allen was suddenly tossed into this cauldron, a violent world where he would be tried at fifteen as an adult for an attempted carjacking, and where he would be sent, along with an entire generation, cascading into the spiral of the Los Angeles prison system.

Throughout her cousin Michael's eleven years in prison, Danielle Allen-who became a dean at the University of Chicago at the age of thirty-two-remained psychically bonded to her self-appointed charge, visiting Michael in prison and corresponding with him regularly. When she finally welcomed her baby cousin home, she adopted the role of "cousin on duty," devotedly supporting Michael's fresh start while juggling the demands of her own academic career.

As Cuz heartbreakingly reveals, even Allen's devotion, as unwavering as it was, could not save Michael from the brutal realities encountered by newly released young men navigating the streets of South Central. The corrosive entanglements of gang warfare, combined with a star-crossed love for a gorgeous woman driving a gold Mercedes, would ultimately be Michael's undoing.

In this Ellisonian story of a young African American man's coming-of-age in late twentieth-century America, and of the family who will always love Michael, we learn how we lost an entire generation.

Other Editions - Cuz by Danielle Allen 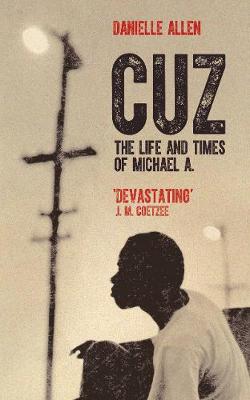 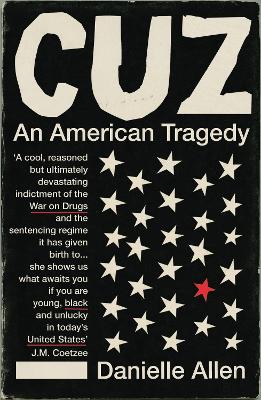 » Have you read this book? We'd like to know what you think about it - write a review about Cuz book by Danielle Allen and you'll earn 50c in Boomerang Bucks loyalty dollars (you must be a Boomerang Books Account Holder - it's free to sign up and there are great benefits!)

Danielle Allen is the James Conant Bryant University Professor at Harvard University and author of Our Declaration: A Reading of the Declaration of Independence in Defense of Equality, winner of the Parkman Prize. She lives in Cambridge, Massachusetts.

A Preview for this title is currently not available.
More Books By Danielle Allen
View All