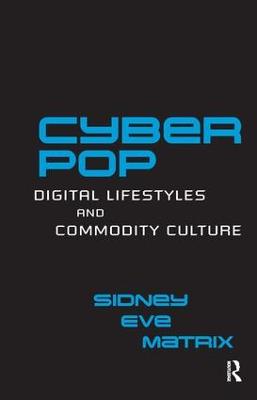 Cyberpop is an analysis of cyberculture and its popular cultural productions. The study begins with a Foucaultian model of cyberculture as a discursive formation, and explains how some key concepts (such as 'virtuality,' 'speed,' and 'Connectivity') operate as a conceptual architecture network linking technologies to information and individual subjects. The chapters then each focus on a particular cyberfiguration, including Hollywood films (GATTACA, The Matrix), popular literature (William Gibson's Neuromancer, Scott Westerfeld's Polymorph), advertising for digital products and services (Apple Computer's '1984/McIntosh' campaign, AT&T's 'mLife' campaign), digital artworks (including virtual females such as Motorola's 'Mya' and Elite Modeling Agency's 'Webbie Tookay,' and work by visual artist Daniel Lee for Microsoft's 'Evolution' campaign), and video games (Tomb Raider). Each close reading illustrates the ways in which representations of digital lifestyles and identities - which typically fetishize computers and celebrate a 'high tech' aesthetic encourage participation in digital capitalism and commodity cyberculture. Matrix argues that popular representations of cyberculture often function as forms of social criticism that creatively inspire audiences to 'think different' (in the words of Mac advertising) about the consequences of the digitalization of everyday life. 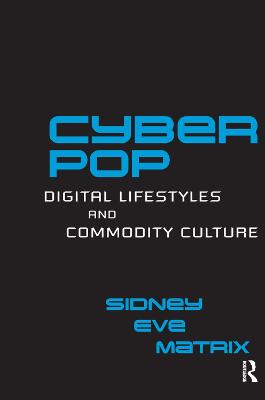 » Have you read this book? We'd like to know what you think about it - write a review about Cyberpop book by Sidney Eve Matrix and you'll earn 50c in Boomerang Bucks loyalty dollars (you must be a Boomerang Books Account Holder - it's free to sign up and there are great benefits!)

A Preview for this title is currently not available.
More Books By Sidney Eve Matrix
View All