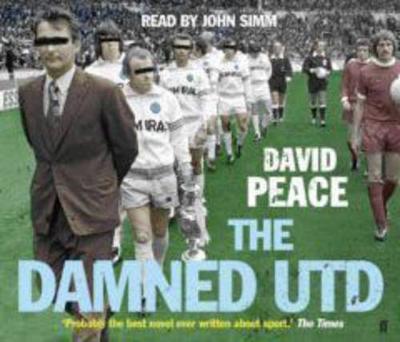 1974 was the year Britain had two general elections and there was great uncertainty in the air. Overachieving and eccentric football manager Brian Clough was on his way to take over at one of the country's most successful and most reviled football club: Leeds United, home to a generation of fiercely competitive but ageing players. Cloughie knows if this is to work, it will have to work his way. His successes, his triumphs and his trophies count for nothing in this godforsaken corner of West Yorkshire. But his dreams, as well as that of his fellow countrymen, are not well starred. David Peace's extraordinarily inventive novel tells the story of a world characterised by fear of failure and hunger for success set in the bleak heart of the 1970s.

» Have you read this book? We'd like to know what you think about it - write a review about Damned Utd book by Gordon House and you'll earn 50c in Boomerang Bucks loyalty dollars (you must be a Boomerang Books Account Holder - it's free to sign up and there are great benefits!)