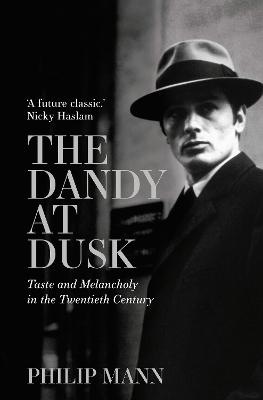 The Dandy at Dusk

Description - The Dandy at Dusk by Philip Mann

A chronicle of dandyism and decadence from Regency England to the late twentieth century.

Philip Mann chronicles the relationship of dandyism and the emerging cultural landscape of modernity via portraits of Regency England's Beau Brummel - the first dandy - and six twentieth-century figures: Austrian architect Adolf Loos, the Duke of Windsor, neo-Edwardian courtier Bunny Roger, writer and raconteur Quentin Crisp, French film producer Jean-Pierre Melville, and New German Cinema enfant terrible and inverted dandy Rainer Werner Fassbinder. He blends memorable anecdotes with acute analysis to explore their style, identity and influence and interweaves their stories with an entertaining history of tailoring and men's fashion. The Dandy at Dusk contextualizes the relationship between dandyism, decadence and modernism, against the background of a century punctuated by global conflict and social upheaval.

Book Reviews - The Dandy at Dusk by Philip Mann

» Have you read this book? We'd like to know what you think about it - write a review about Dandy at Dusk book by Philip Mann and you'll earn 50c in Boomerang Bucks loyalty dollars (you must be a Boomerang Books Account Holder - it's free to sign up and there are great benefits!)

Born in Germany, Philip Mann has lived in England since 1988 and has a degree in the History of Art. He has written for Frankfurter Allgemeine Zeitung and Vogue and has lectured on matters sartorial in Vienna, New York, Bern and London.

A Preview for this title is currently not available.
More Books By Philip Mann
View All