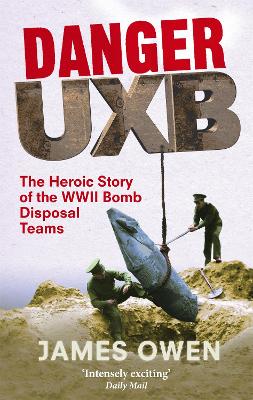 Autumn 1940: the Front Line is now Britain itself. Cities are blitzed night after night and even after the bombers have turned for home, a deadly menace remains: thousands upon thousands of UXBs. Buried underground, their clocks ticking remorselessly, unexploded bombs blocked supply routes, emptied hospitals and left families refugees. Dealing with this threat soon became Churchill's priority.This desperate struggle became a battle of wits that pitted German ingenuity against British resourcefulness, including such extradinary figures as Robert Davies GC, who saved St Paul's Cathedral, and John Hudson, the modest horticulturalist who mastered the V1. 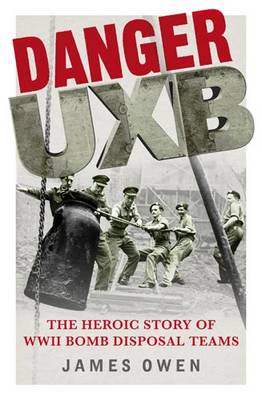 » Have you read this book? We'd like to know what you think about it - write a review about Danger Uxb book by James Owen and you'll earn 50c in Boomerang Bucks loyalty dollars (you must be a Boomerang Books Account Holder - it's free to sign up and there are great benefits!)

A Preview for this title is currently not available.
More Books By James Owen
View All

Moderation a Virtue: Or, the Occasional Conformist Justify'd from the Imputation of Hypocrisy: Wherein Is Shewn, the Antiquity, Catholick Principles, and Advantage of Occasional Conformity to the Church of England: The Second Ed Corrected
$39.12 $43.47

A Plea for Scripture Ordination: Or, Ten Arguments from Scripture and Antiquity Proving Ordination by Presbyters Without Bishops to Be Valid by J Owen to Which Is Prefixt an Epistle by the Reverend MR Daniel Williams the Second Ed C
$54.55 $60.61

The History of the Consecration of Altars, Temples and Churches: Shewing the Various Forms of It Among Jews, Heathens and Christians, Deduced from It's First Origine to This Present Age. by James Owen.
$41.33 $45.92

The Validity of the Dissenting Ministry: Or, the Ordaining Power of Presbyters Evinced from the New Testament and Church History. in Four Parts. Publish'd by Cha. Owen.
$63.37 $70.41

Moderation a Virtue: Or, the Occasional Conformist Justify'd from the Imputation of Hypocrisy; Wherein Is Shewn, the Antiquity, Catholick Principles, and Advantage of Occasional Conformity to the Church of England; ...
$36.92 $41.02