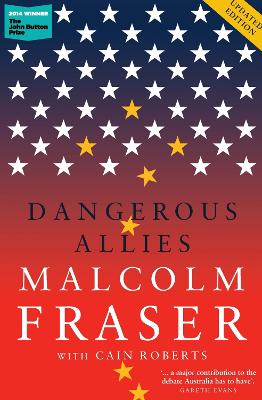 We need the US for defence, but we only need defence because of the US

Australia has always been reliant on 'great and powerful friends' for its sense of national security and for direction on its foreign policy-first on the British Empire and now on the United States. Australia has actively pursued a policy of strategic dependence, believing that making a grand bargain with a powerful ally was the best policy to ensure its security and prosperity.
Dangerous Allies examines Australia's history of strategic dependence and questions the continuation of this position. It argues that international circumstances, in the world and in the Western Pacific especially, now make such a policy highly questionable. Since the fall of the Soviet Union, the United States has also changed dramatically, making it less relevant to Australia and a less appropriate ally on which Australia should rely.
Malcolm Fraser argues that Australia should adopt a much greater degree of independence in foreign policy, and that we should no longer merely follow other nations into wars of no direct interest to Australia or Australia's security. He argues for an end to strategic dependence and for the timely establishment of a truly independent Australia. 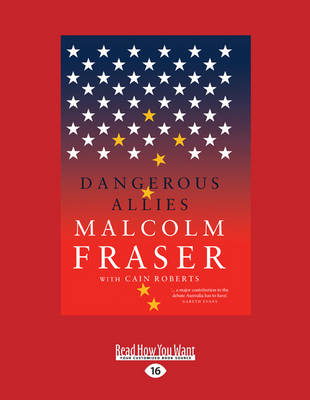 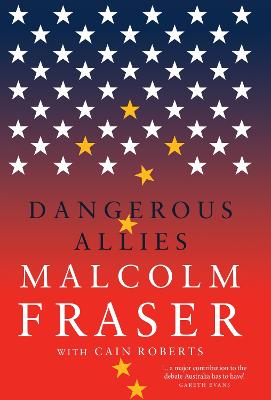 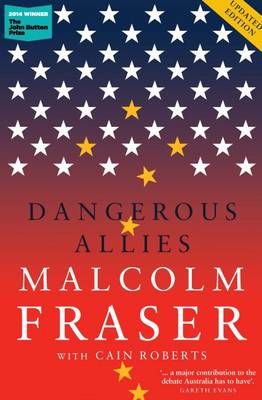 » Have you read this book? We'd like to know what you think about it - write a review about Dangerous Allies book by Malcolm Fraser and you'll earn 50c in Boomerang Bucks loyalty dollars (you must be a Boomerang Books Account Holder - it's free to sign up and there are great benefits!)


A Preview for this title is currently not available.
More Books By Malcolm Fraser
View All