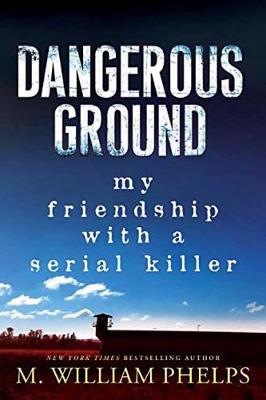 "Anyone can become a killer under the right circumstances-even you." In September 2011, M. William Phelps made a bold decision that would change the landscape of reality-based television - and his own life. He asked a convicted serial killer to act as a consultant for his TV series. Under the code name "Raven," the murderer shared his insights into the minds of other killers and helped analyze their crimes. As the series became an international sensation, Raven became Phelps?s unlikely confidante, ally-and friend. "I?m not making excuses for the eight murders I committed." In this deeply personal account, Phelps traces his own family?s dark history, and takes us into the heart and soul of a serial murderer. He also chronicles the complex relationship he developed with Raven. From questions about morality to Raven?s thoughts on the still-unsolved, brutal murder of Phelps?s sister-in-law, the author found himself grappling with an unwanted, unexpected, unsettling connection with a cold-blooded killer. "It made me feel warm inside to know that I was responsible for that pain . . ." Drawing on over 7,000 pages of letters, dozens of hours of recorded conversations, personal and Skype visits, and a friendship five years in the making, Phelps sheds new light on Raven?s bloody history, including details of an unknown victim, the location of a still-buried body-and a jaw-dropping admission. Eye-opening and provocative, Dangerous Ground is an unforgettable journey into the mind of a charming, manipulative psychopath that few would dare to know-and the determined journalist who did just that.

» Have you read this book? We'd like to know what you think about it - write a review about Dangerous Ground book by M. William Phelps and you'll earn 50c in Boomerang Bucks loyalty dollars (you must be a Boomerang Books Account Holder - it's free to sign up and there are great benefits!)

New York Times bestselling investigative journalist and serial killer expert M. William Phelps is the author of thirty-one nonfiction books and has appeared on over 100 television shows. He created, produced and starred in the series Dark Minds and is one of the stars of Deadly Women and Oxygen's Snapped, Killer Couples and KillerPost. Radio America calls him othe nation's leading authority on the mind of the female murderer.o Touched by tragedy himself through the unsolved murder of his sister-in-law, Phelps is able to enter the hearts and minds of his subjects like no one else. He lives in a Connecticut farming community and can be reached at his website, www.mwilliamphelps.com.

A Preview for this title is currently not available.
More Books By M. William Phelps
View All