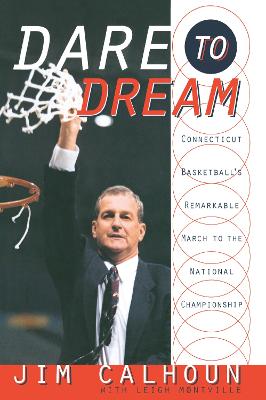 The charismatic basketball coach at the University of Connecticut reveals the victorious secrets behind his team's breathtaking journey to the 1999 NCAA Division I National Championship--and along the way shares his philosophy for winning.

It was one of those games that basketball fans will talk about for years. Here was the seemingly unbeatable Duke Blue Devils pitted against the first-time finalist Connecticut Huskies, and at stake was the ultimate crown- the National Championship. On that unforgettable night in St. Petersburg, Jim Calhoun and his amazing team wrote a new chapter in the storied history of the UConn Huskies program, putting the perfect exclamation point on a season to remember.

But behind the high drama that fateful night in Florida lay an even more fascinating tale of one man's rise to college basketball preeminence. In Dare to Dream, the Huskies iron-willed coach, Jim Calhoun, for the first time shares his own story about his inspirational family and the tragedies they faced; about his early successful years at Northeastern, where he began to compile the first half of a unique double (he's the only coach to have won at least 250 games at two different Division I schools); and about his assumption of ultimate responsibility at the sleeping giant in Storrs, Connecticut.

Along the way, Jim Calhoun paints fascinating portraits of the players who have done battle for him, and of the unsung heroes behind the scenes whose hard work and dedication to Connecticut basketball have kept the dream alive. In just thirteen years, Jim Calhoun has turned the Huskies into one of the leading basketball programs in the country, and in this moving, funny, and inspiring book, he takes us behind the scenes to show us just how he did it.

» Have you read this book? We'd like to know what you think about it - write a review about Dare to Dream book by Jim Calhoun and you'll earn 50c in Boomerang Bucks loyalty dollars (you must be a Boomerang Books Account Holder - it's free to sign up and there are great benefits!)

Jim Calhoun has been a highly successful collegiate coach for twenty-seven years, winning a total of 554 games and counting. In thirteen seasons with Connecticut, he has compiled an overall record of 304-120. He has earned numerous honors, including College Basketball National Coach of the Year, and he is the only coach in basketball history to be named Big East Conference Coach of the Year four times. An international lecturer, he is married with two sons and lives in Mansfield, Connecticut. This is his first book. Leigh Montville is a senior writer at "Sports Illustrated" and a UConn graduate. He is the author of Manute: The Center of Two Worlds. "From the Hardcover edition." 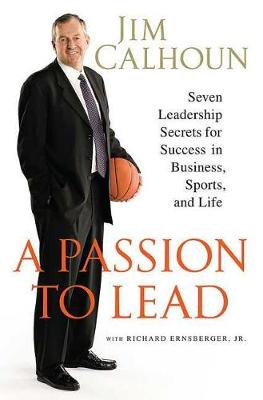 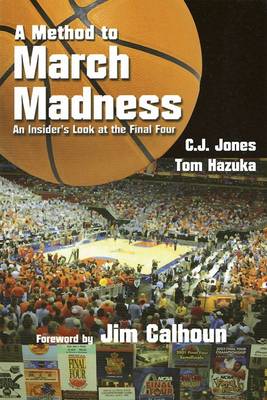