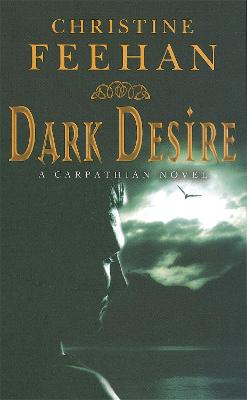 Seven years ago, Dr Shea O'Halloran experienced an unexpected and horrendous pain unlike anything she had ever known. It felt as if she were being tortured. Eventually the pain disappeared, but Shea never forgot. She has since devoted her life to trying to understand the cause of the rare genetic blood disorder that is slowly killing her.The answers to some of Shea's questions start to reveal themselves when she is approached by two men, who accuse her of being a vampire. Shea runs for her life and - following a feeling she can't explain - her desperate wanderings lead her to Romania.The ancient one known as Jacques Dubrinsky can explain. Seven years ago, Jacques was captured, tortured and buried alive by several humans and a Carpathian betrayer. The years of extreme pain and lack of sustenance that followed have nearly driven Jacques insane. He has been using what is left of his powers to psychically draw Shea to the region. But is Shea to be his healer... or his prey? » Have you read this book? We'd like to know what you think about it - write a review about Dark Desire book by Christine Feehan and you'll earn 50c in Boomerang Bucks loyalty dollars (you must be a Boomerang Books Account Holder - it's free to sign up and there are great benefits!)

New York Times bestselling author Christine Feehan has received numerous honours including being a nominee for the Romance Writers of America RITA and receiving a Career Achievement Award from Romantic Times. For more about Christine Feehan visit www.christinefeehan.com